The nature of childhood has significantly changed. There is no nature in childhood anymore. Growing up, games and entertainment have moved indoors, taking a mental and physical toll on children. The negative impact of spending less time outside doubled the rate of obesity in children, but there is also a noticeable and rapid decrease in concentration, creativity and social skills as extra hundreds of thousands, even millions of euro are paid for various medical treatments.

Back in the early 1980s, Edward O. Wilson, a biologist at Harvard University developed a theory called biophilia. Through a series of scientific methods and research, the author developed a simple hypothesis:

Biophilia suggests that people have a deeply ingrained tendency to look for a connection with nature and other life forms. 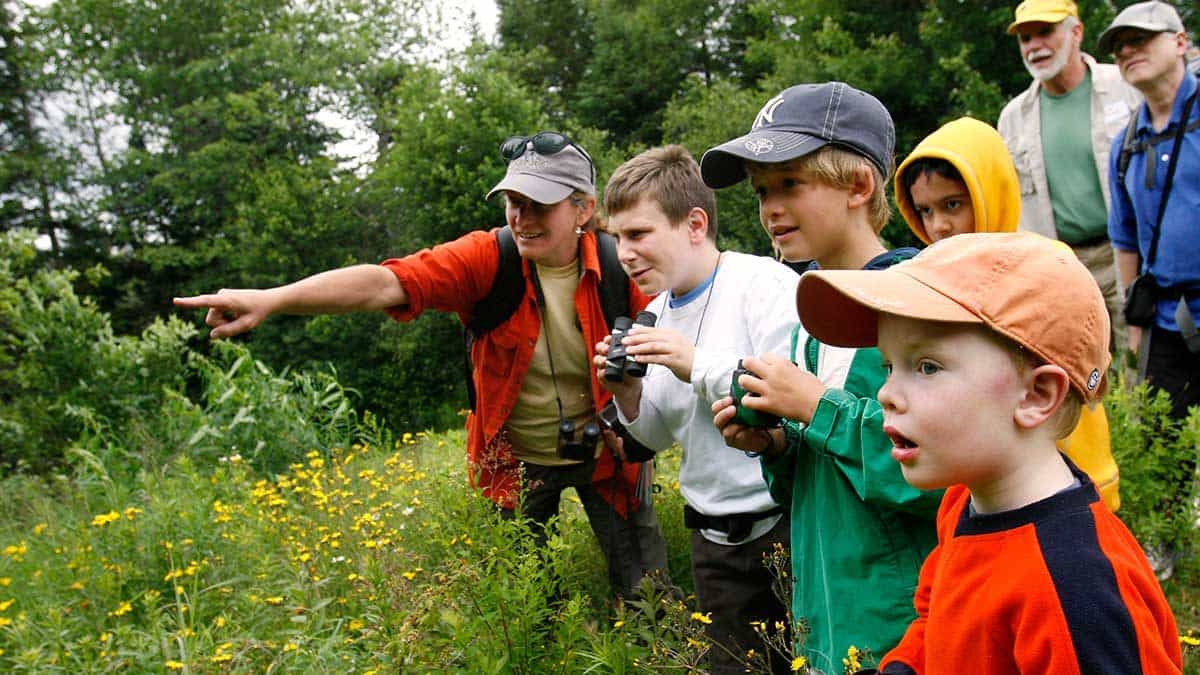 Unfortunately, many 21st century parents will not even think about this theory, as they see a great benefit if their child is sitting on the couch in front of the screen instead of playing outside. A kind of alibi for this decision can be found in the fact that parents are “squeezed” by long and hard work hours, the security level is decreased. Many live in the cities, surrounded by tons of concrete, and they will not allow “the street to educate their children”. However, this leads to cases where most children will not do even the basic physiological and / or vital functions without a TV or tablet.

Moreover, problems caused by unhealthy lifestyles have escalated to the point that there is a scientific and medical term, or roughly speaking a diagnosis – Nature Deficit Disorder. 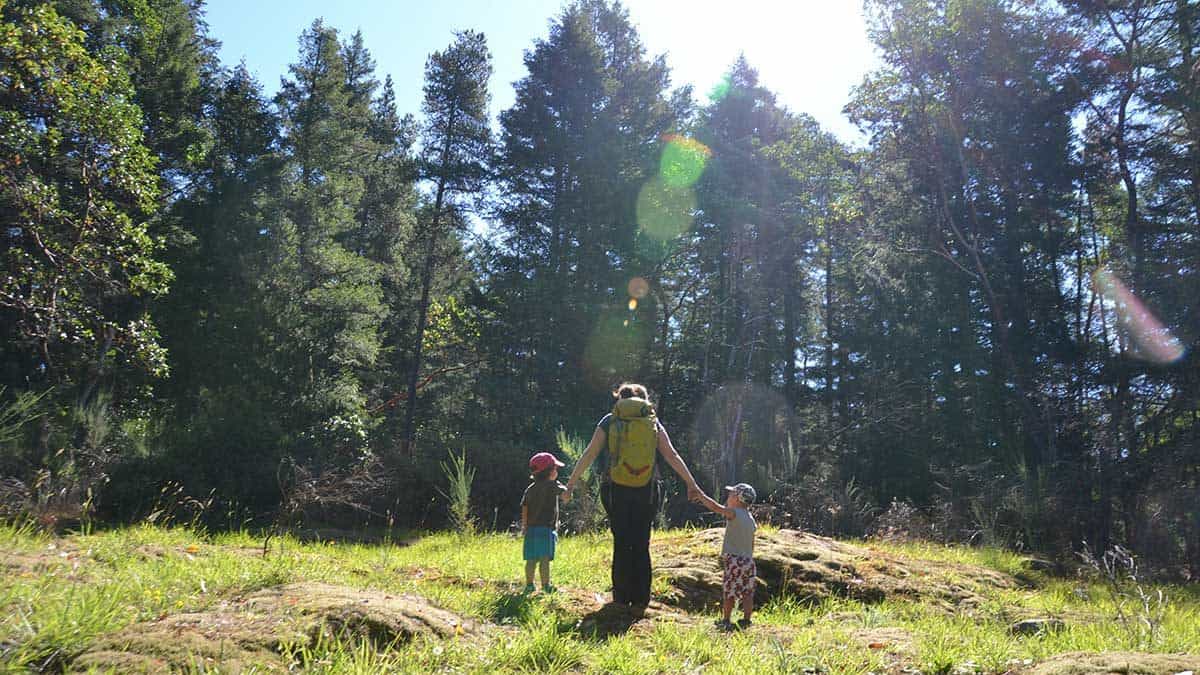 Richard Louve, an American writer and journalist, is the creator of the term and also the initiator of the program to reconnect children with nature. In his book “The Last Child in the Woods” he presents research, interviews and conclusions about the positive impact of spending time in nature, on the mental and psycho-physical health of children. The book can easily be found online, and here are some excerpts: 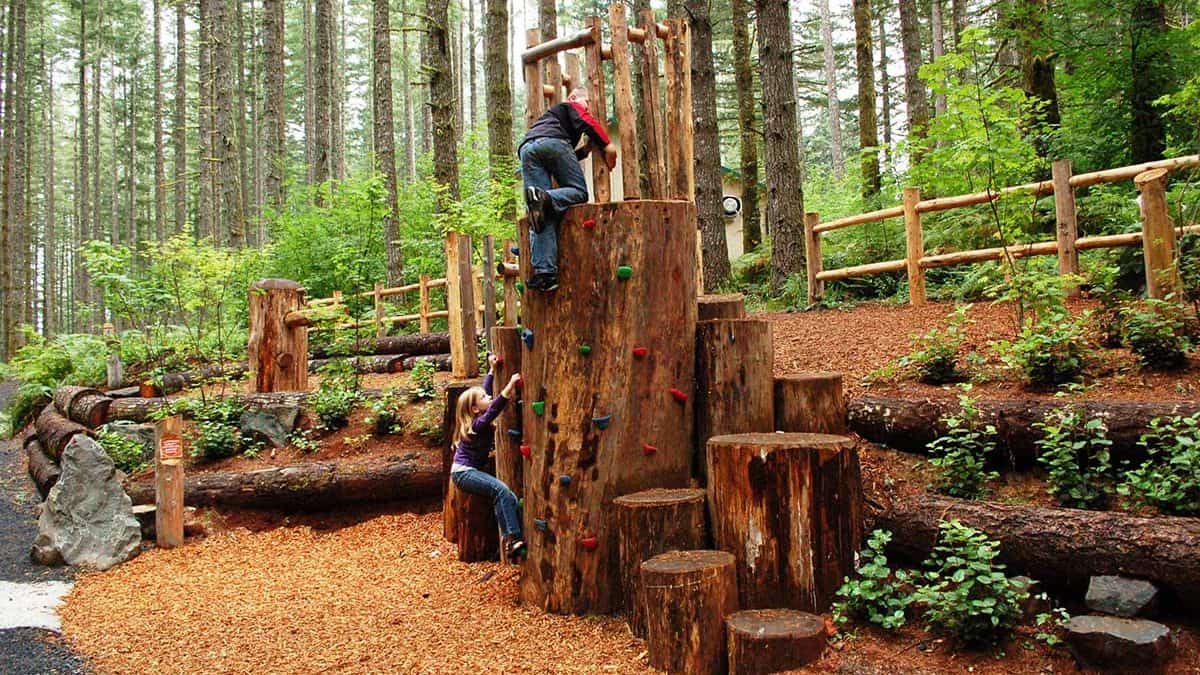 Data obtained during many years of research is, to say the least, devastating.

Many “developed” countries began a number of programs to solve this problem. In the US and Canada, together with medicine, the prescription will state a recommendation to spend time in the countryside. The idea of “prescribing parks” is supported by many doctors, because they believe that nature is the right medicine to achieve tranquillity and the key to what is understood as recommended development of brain activity based on experience. Stimulation of the senses in nature, the sense of touch, sight and smell, leads to brain activity, and therefore to brain adaptation and development. 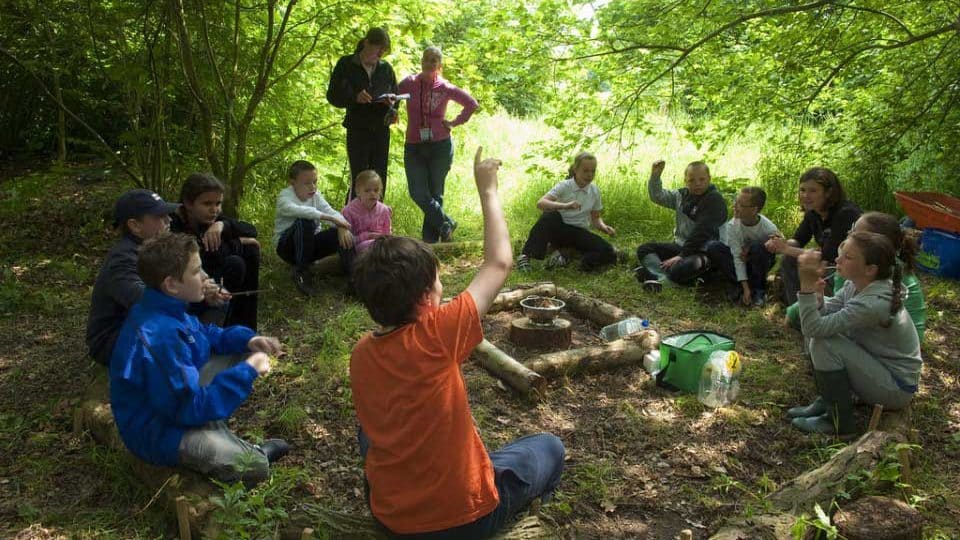 Many, when they see it happen in Canada or the US think “it’s far away, it is not happening to us.” But the consequences of this disorder are very noticeable in our culture as well. The problem is even bigger in poor countries, such as ours, where the quality of the entire health care system is under doubt. So, parents are left in the lurch. On the one hand, you can get experienced help from grandparents, because it is a disorder of the modern era. On the other hand, even if parents manage to get to a doctor, the diagnosis itself will be highly questionable.

I believe that many parents will at least carefully consider the benefits that the child will get by spending time in nature. 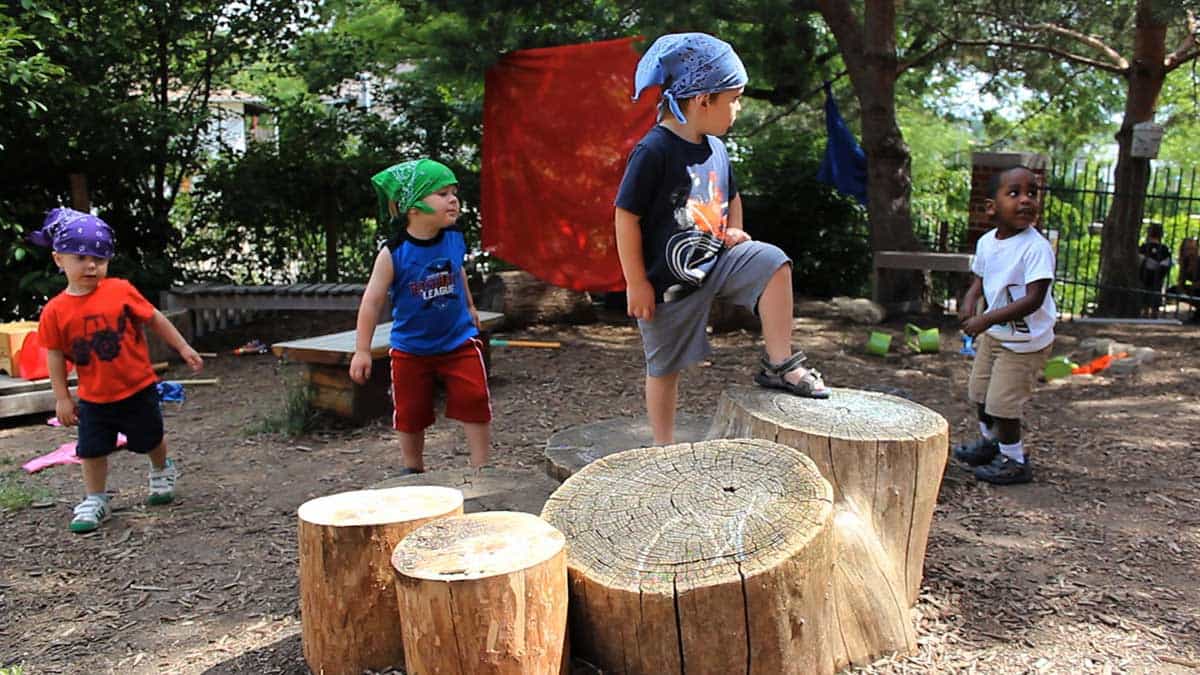 The way in which children play in nature is much less structured than most indoor games. There are countless ways to communicate with nature, and selecting the appropriate way of treating nature will give children the power to control their actions.

Allows for introduction and adoption of responsibility

All living things die if we do not take care of them adequately. Entrusting a child with taking care of living beings in their environment means that they will learn what happens if they do not water a plant, feed an animal or break a flower without thinking. 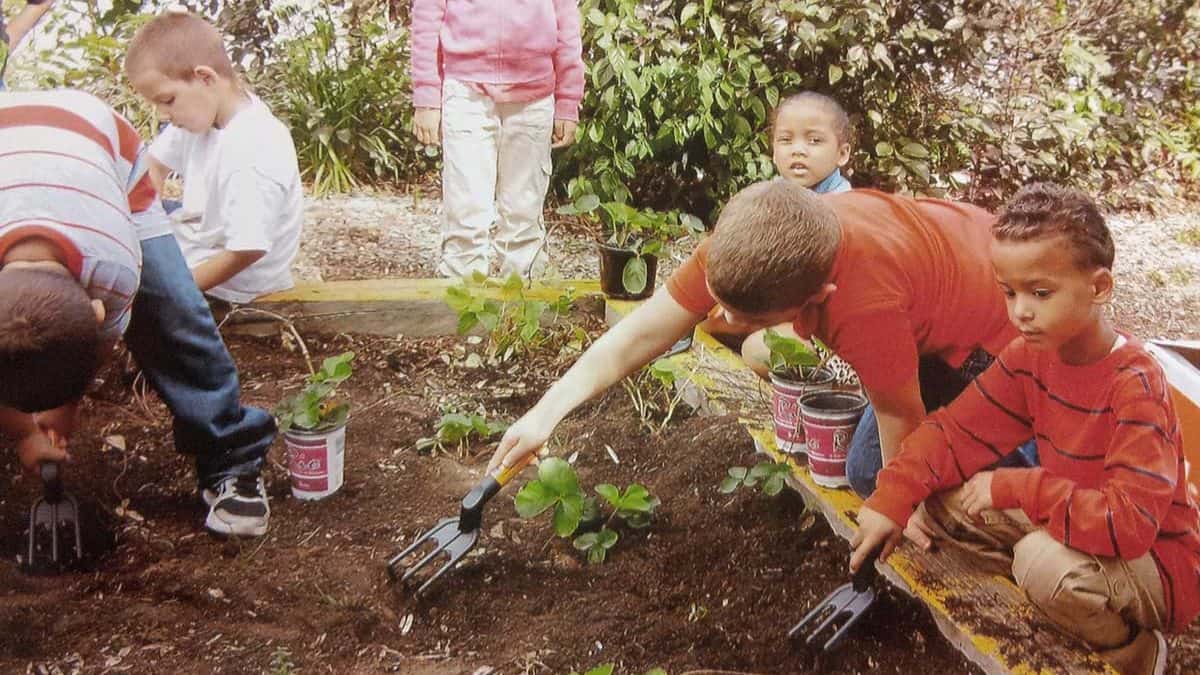 Interacting with nature and outdoor games involve a lot more movement, compared to lying on the couch. This contributes to the development of the spine and muscles, and the increase of blood flow. Not only is it extremely convenient for the development of the entire body of the youngest, but it also influences the increase of concentration, which is useful for children suffering from attention deficit hyperactivity disorder (ADHD).

Green plants, large green areas, lookouts and natural playgrounds have shown exceptional results in reducing stress and fatigue. According to the theory of attention restoration, urban environment requires direct attention, forcing us to ignore distractions and leads to a depletion of the brain. While in nature we practice paying attention without effort in the form of soft fascinations which create a sense of satisfaction, not tiredness. 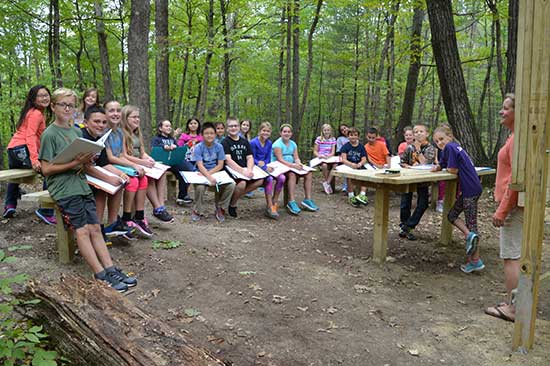 Nature creates a unique sense of wonder in children that no other environment can provide. Phenomena and relationships that occur naturally every day in parks, gardens or the forest, awake in the children a large number of questions related to the land and living there.

Children who participate in finding food in nature or growing fruit and vegetables adopt at an early age good habits and knowledge about a healthy diet. Often, they keep the acquired healthy habits throughout life.

Studies have shown that schools which introduce outdoor classes, frequent trips and education in the countryside “produce” pupils who enter studies at a significantly higher percentage and achieve remarkable results. This is especially true in the sphere of science, arts, sports and mathematics. Such work with students brought also an increase of 45% in knowledge test results. 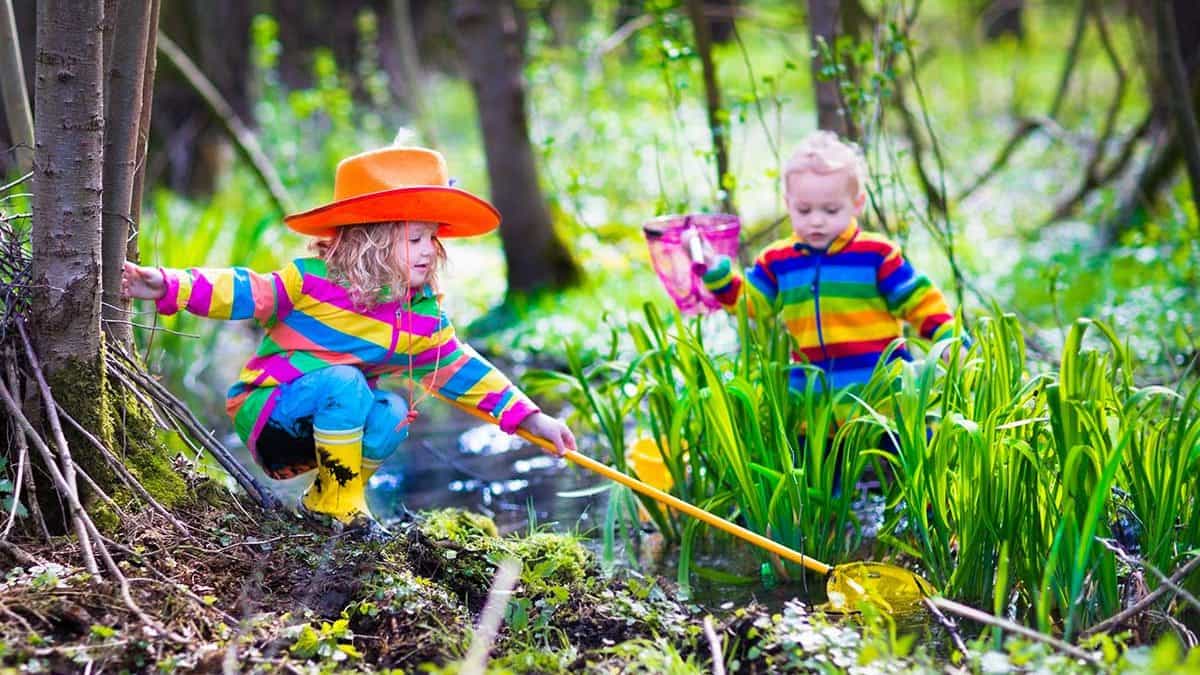 Besides the reasons listed above, connecting with nature on a regular basis contributes to many other aspects in the development of children – creativity and imagination, problem solving, development of cognitive abilities, social relations, motivation, discipline …

Even though the entire text is about children, this article is primarily intended for parents, that is their “awakening” and education. Every parent wants the best for their children and this should not be under question. However, often the best is viewed solely through the materialistic aspect, forgetting what is really important for the normal development of the child. If you already live in a stuffy city, within the constraints of modern society, organize a weekend in the open, or a picnic. Even best, organize a hike and you’ll make a move that will bring multiple benefits, both for adults and the offspring.