I’ve always had mixed feelings when Taor springs are mentioned. On the one hand, there is this amazing natural wealth and on the other, the way we treat it. It’s really incredible what kind of people we are. Sometimes we are incredible in a positive sense, but not in this case. The vast majority of people in Serbia have not even heard about this amazing work of nature, let alone have visited it.

Secondly, due to carelessness and engaging of certain “experts”, the springs were captured in the early 80’s for the needs of Kosjerić water supply. This foul act, although water is abundant in the area, resulted in the desecration of the springs. A serious tourist potential was destroyed, leaving a sense of waste only nature lovers can truly understand.

Difficulty:4 – NO PAIN, NO GAIN 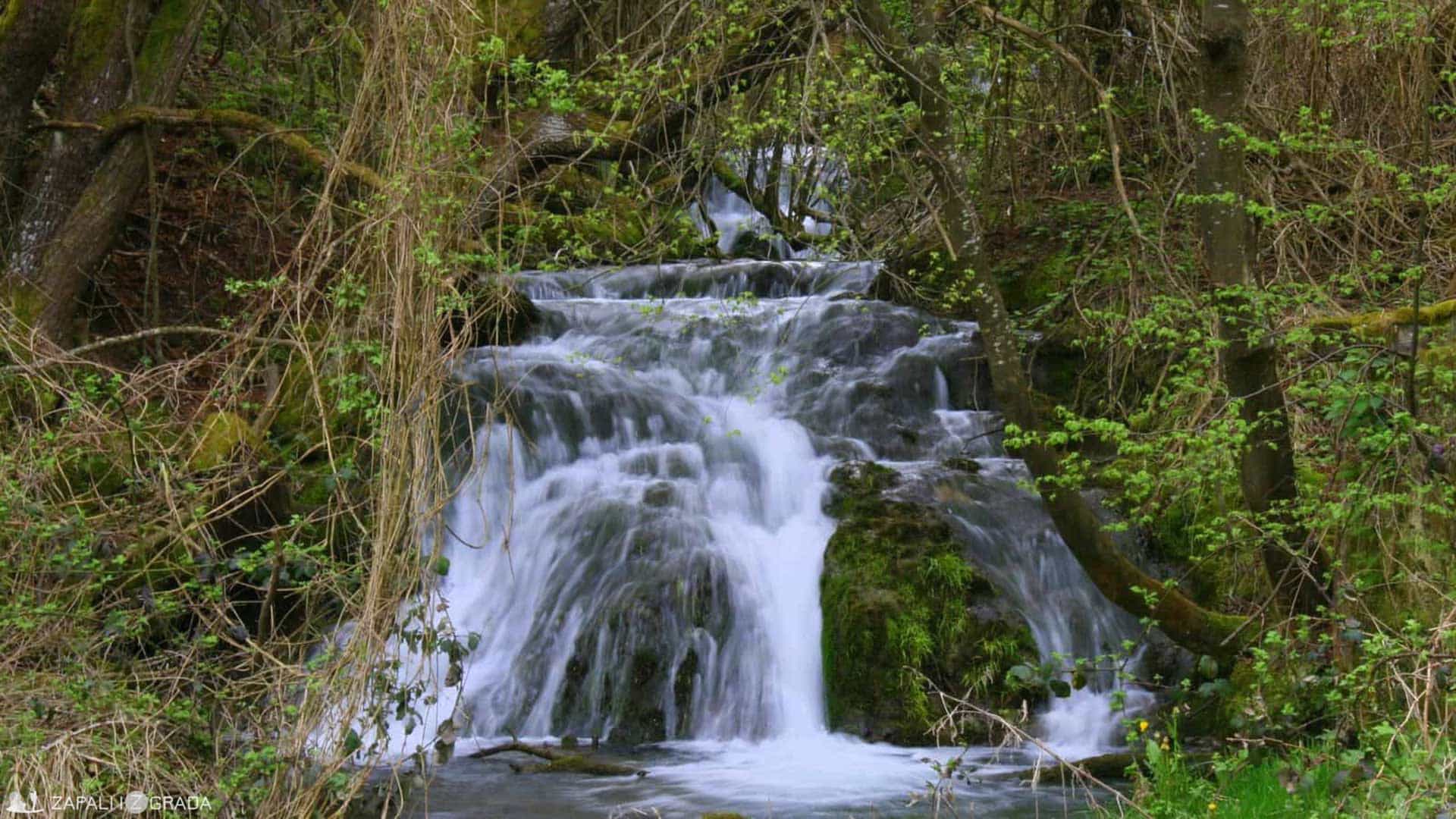 Some say that pictures of Taor springs decorated numerous brochures and magazines, showing the incredible beauty of our former country, Yugoslavia. Although it sounds like a paradox today, they used to compare them to Plitvice Lakes. Evidence for this can be found on some withered pages of old newspapers. Today, due to the limited capacity of the springs, the only indication of what they used to be can be seen in the early spring. So, if you want to awaken your imagination and enjoy this unusual gift of nature, it’s best to get organized around the end of April. 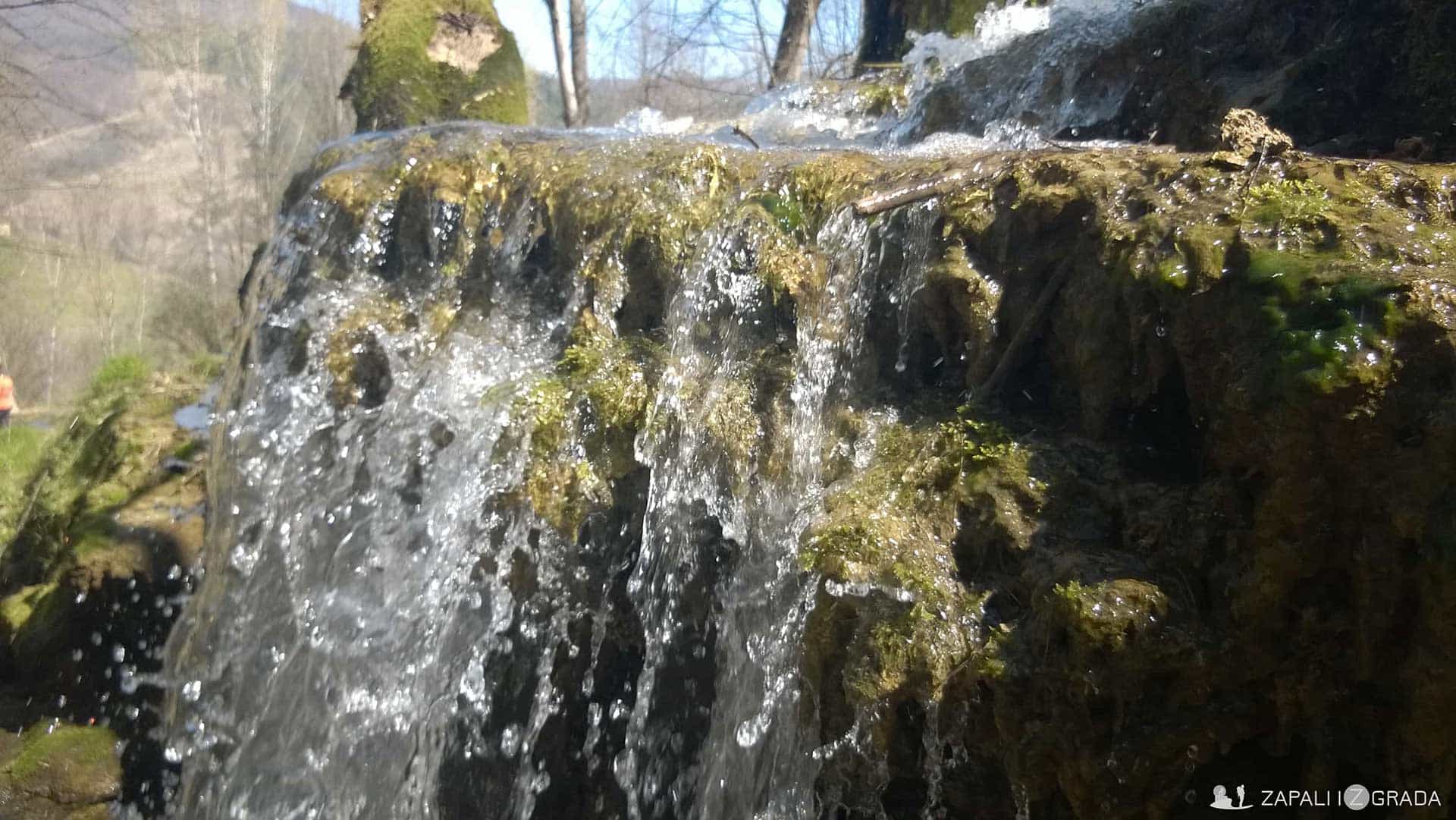 The best route to reach Taor springs is Belgrade – Valjevo – Kosjerić – Radanovci and you can get there in 2,5 – 3 hours’ drive. The adventure organized by KAUP includes a tour of the springs and conquering several surrounding peaks. It is demanding and not for everyone, as it crosses about 25 kilometres and overcomes a height difference of 900 meters. It is not technically demanding, but it challenges your physical condition. Still, there is a possibility of sightseeing, even for those of you who are not apt for the hike. If you want to go on your own, you can park your car in the village Radanovci (44.043822, 19.857856), visit the spring and return the same way. With taking photos and casual enjoyment, this section should not take more than two hours of walking. Grilling and camping are not counted in, but keep in mind that the site is “just perfect” for those. 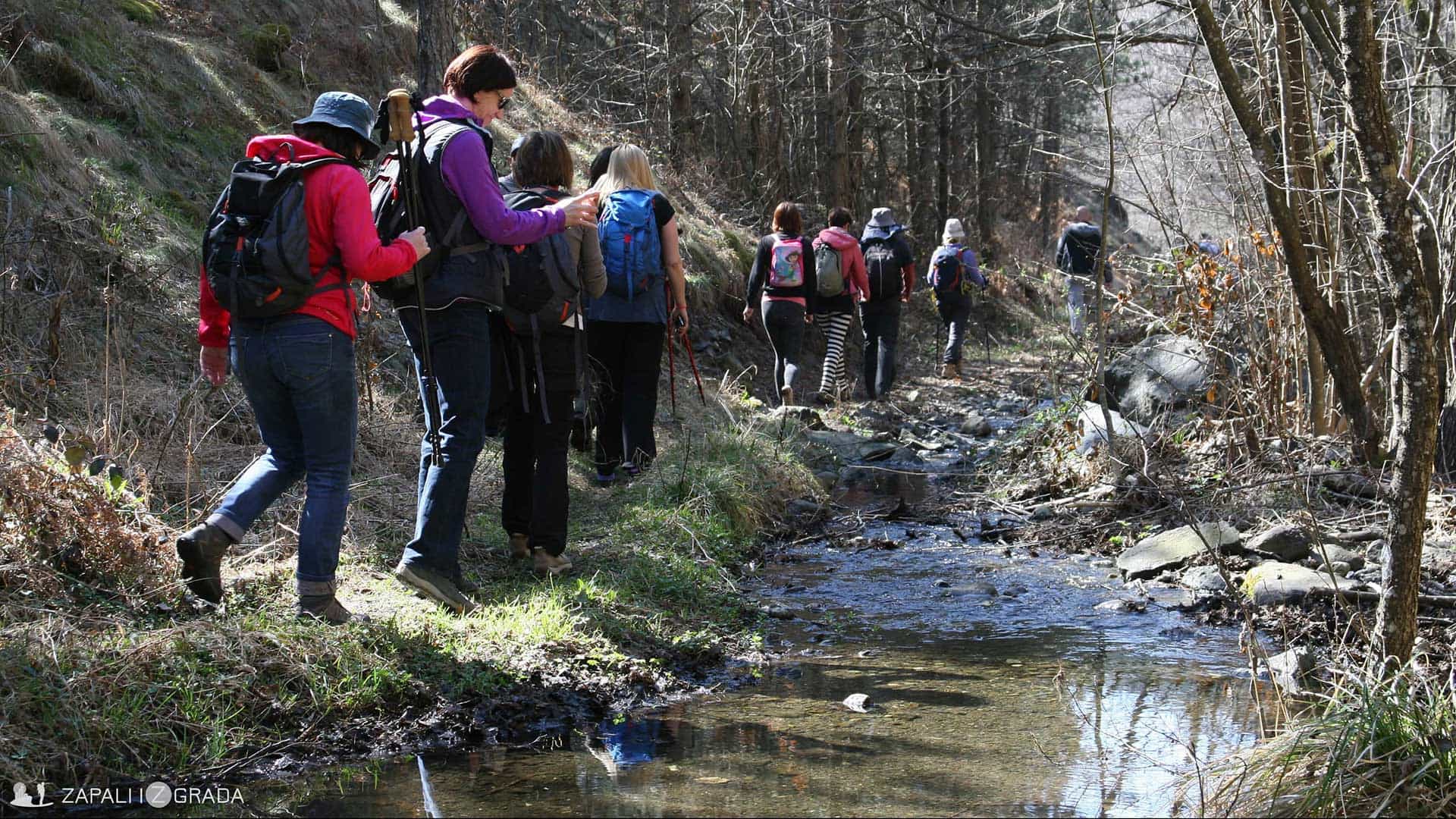 The trail runs through the beautiful slopes of Valjevo mountains and leads to a picturesque forest. The forest path runs in parallel with the White Stream (Beli potok), as we head to the mouth of the river Skrapež. The combination of a mixed forest, streams and gentle slopes makes walking very pleasant and relaxing. I catch myself peeking behind every “curve” as if expecting a surprise. And indeed, very quickly we come to a waterfall that is full of power just when the spring awakes. 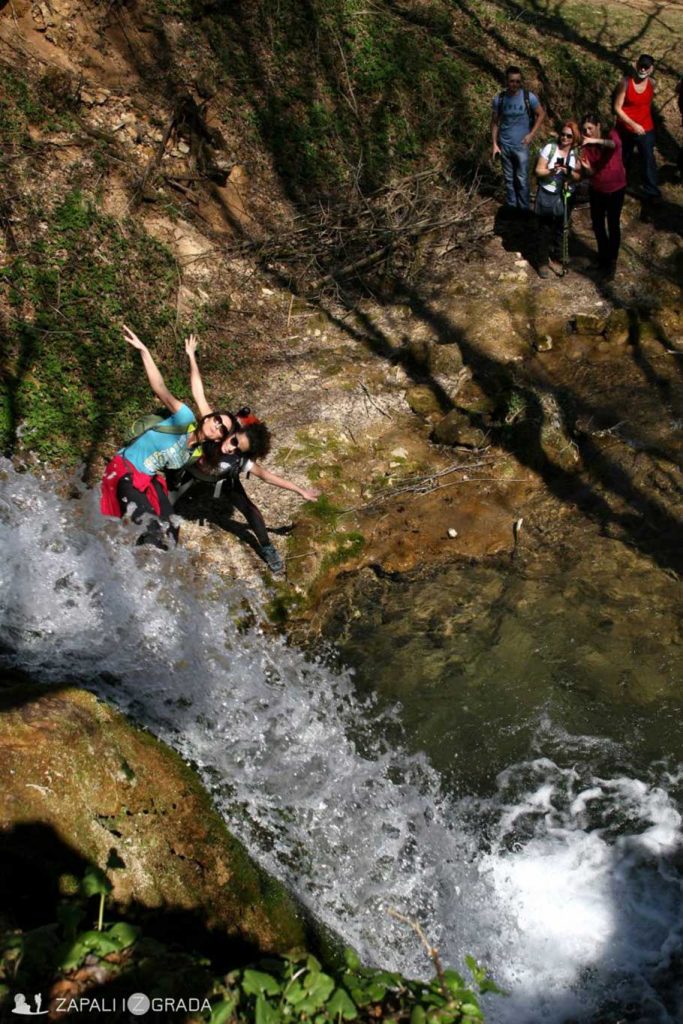 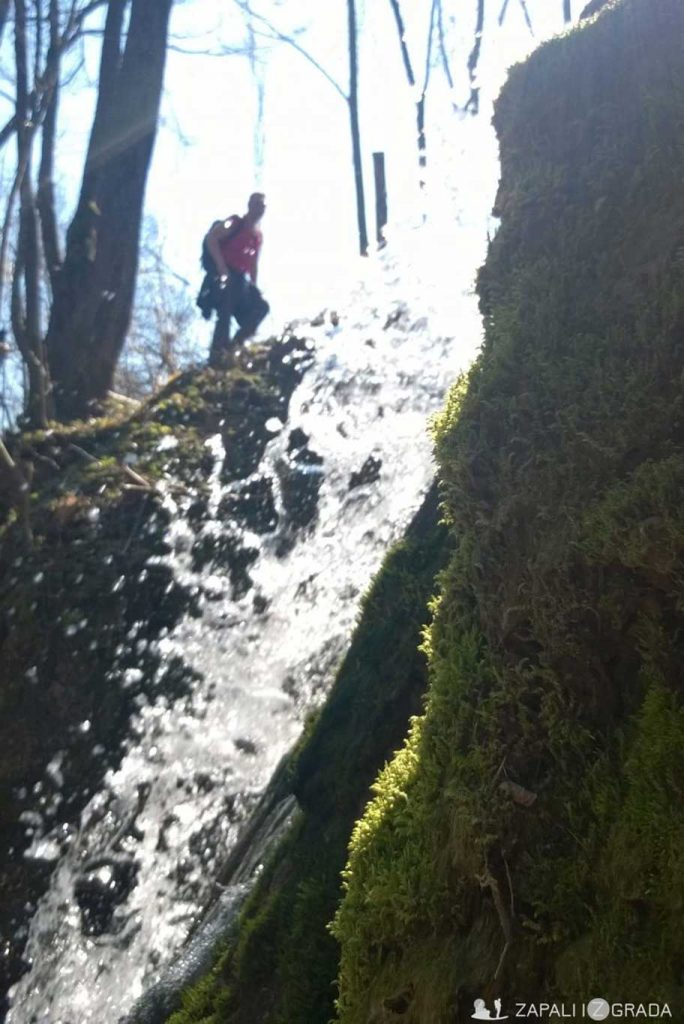 We do a massive picture-taking, because everyone wants to capture this fabulous sight. In line with the saying “what’s displayed in the window, is found in the shop,” the waterfall gives only a hint of what is awaiting. After a few minutes we arrive at the Taor springs. 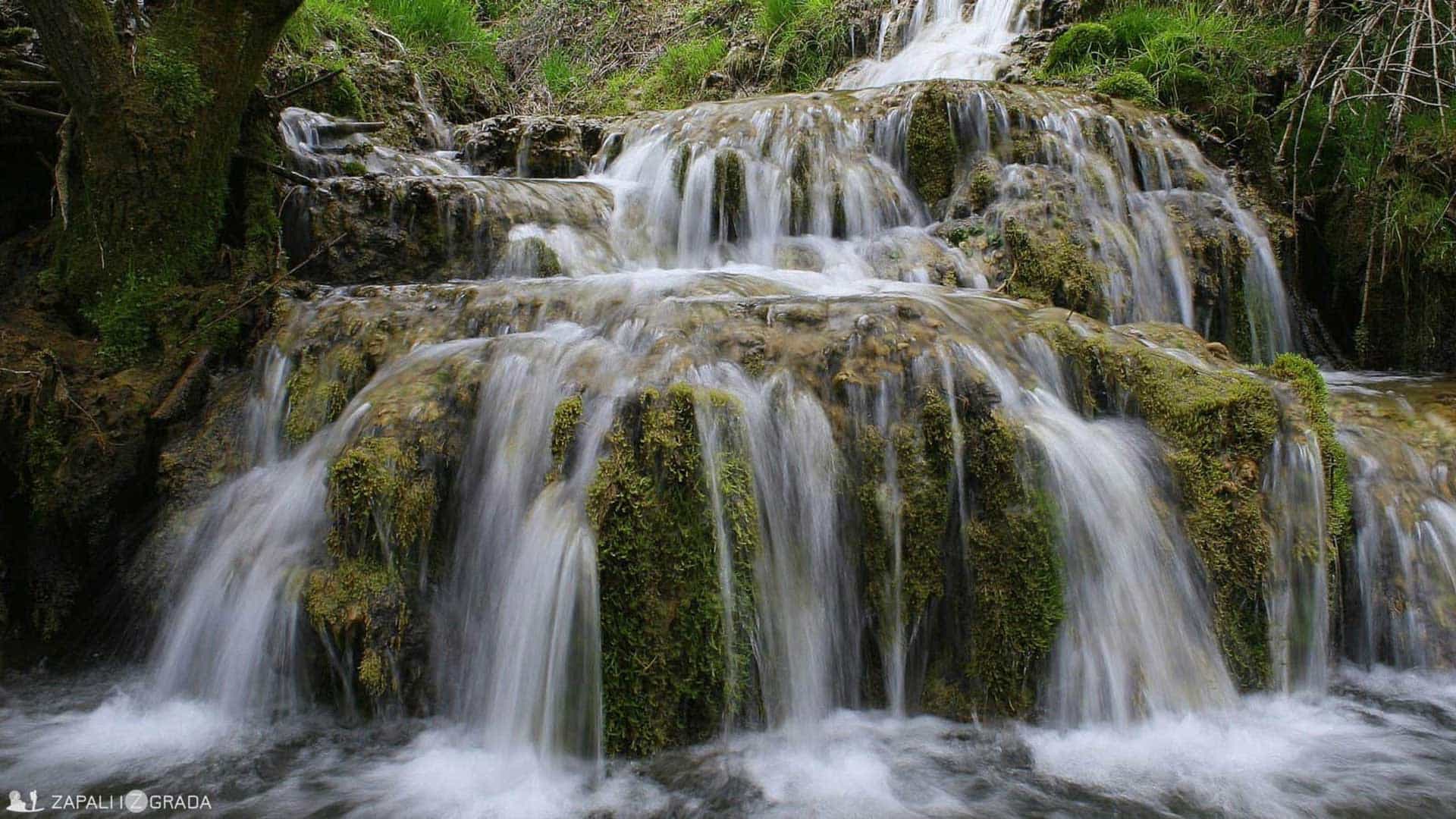 The most beautiful springs of the Valjevo region deservedly carry this flattering title. Staying in this beautiful natural location is truly invaluable. I could not get rid of the impression of awesomeness of the forces of nature I felt here. . The water unstoppably 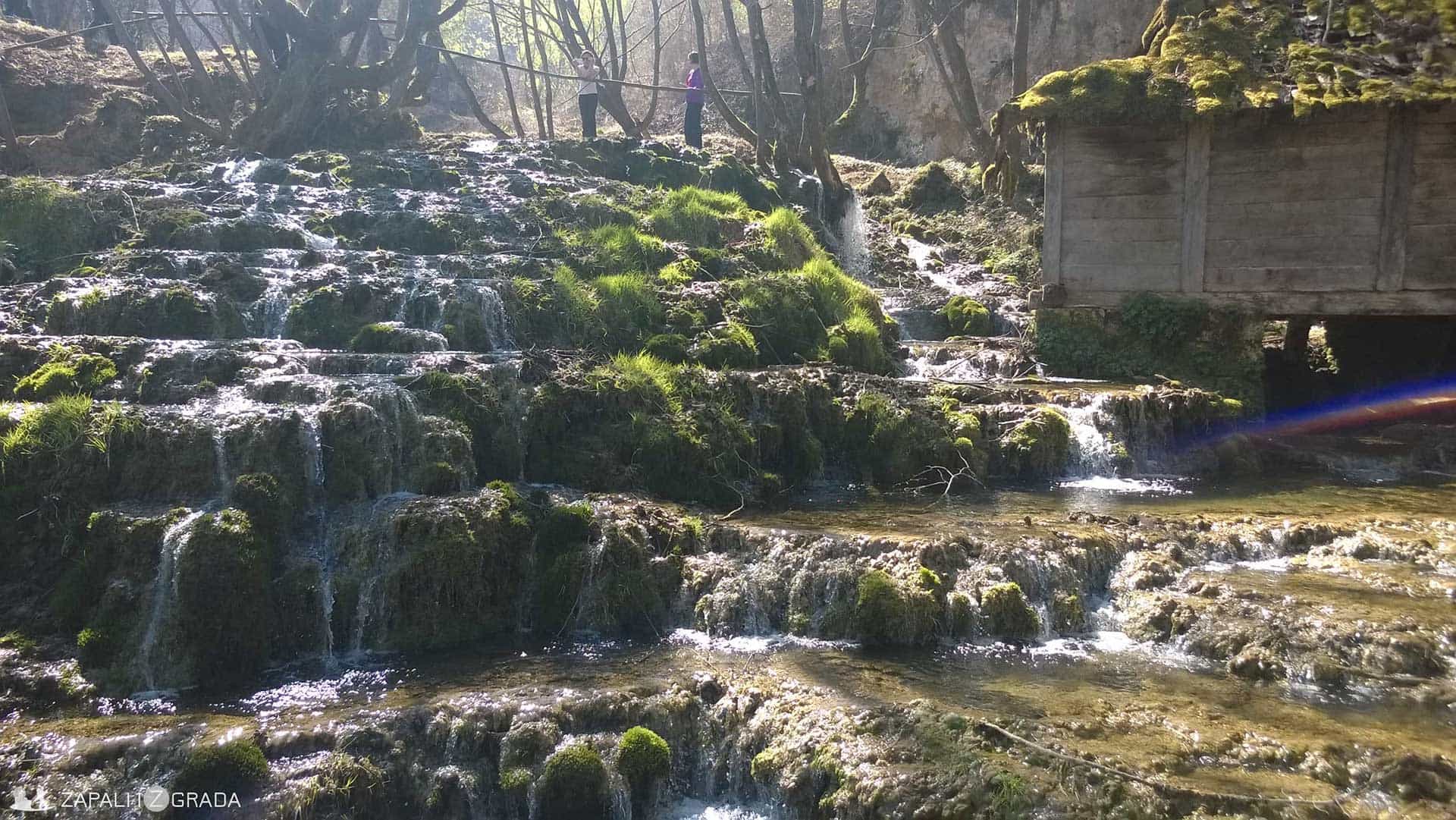 bursts from all sides. It uses the existing paths, making new ones, turns its flow into waterfalls, coming through tufa sediments, as a hurricane triumphantly descends to the next cascade… It simply surrounds and conquers every rock and piece of the earth lying in its way. I can only imagine what it looked like before the natural spring was “amputated” and redirected into pipes. 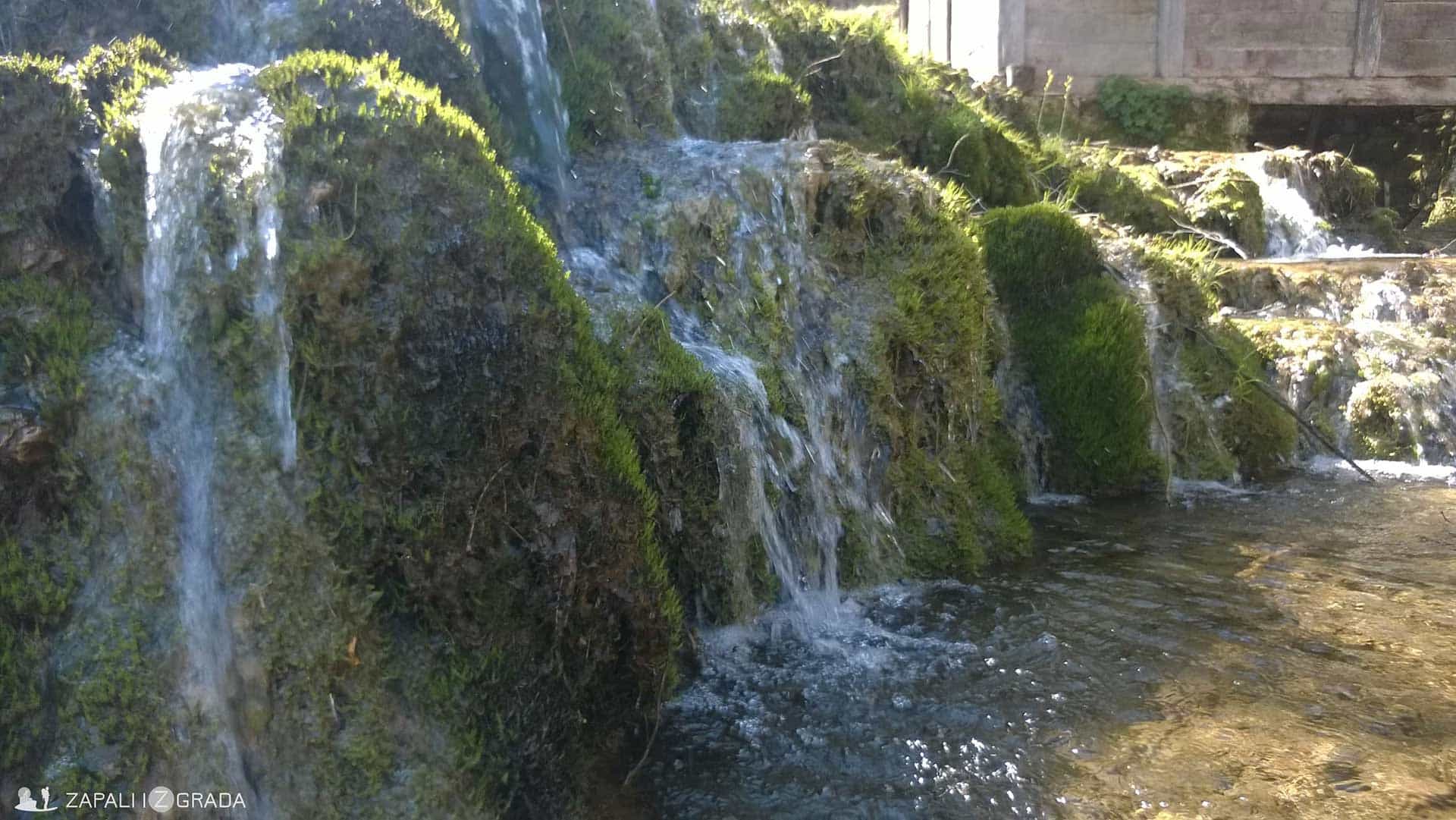 The water from the springs pours into the river Skrapež below the mountain Povlen. As remnants of some recent flourishing of this region, there are two – three watermills which would fit well as desktop wallpapers, thanks to their rustic appearance. There used to be twelve of them. 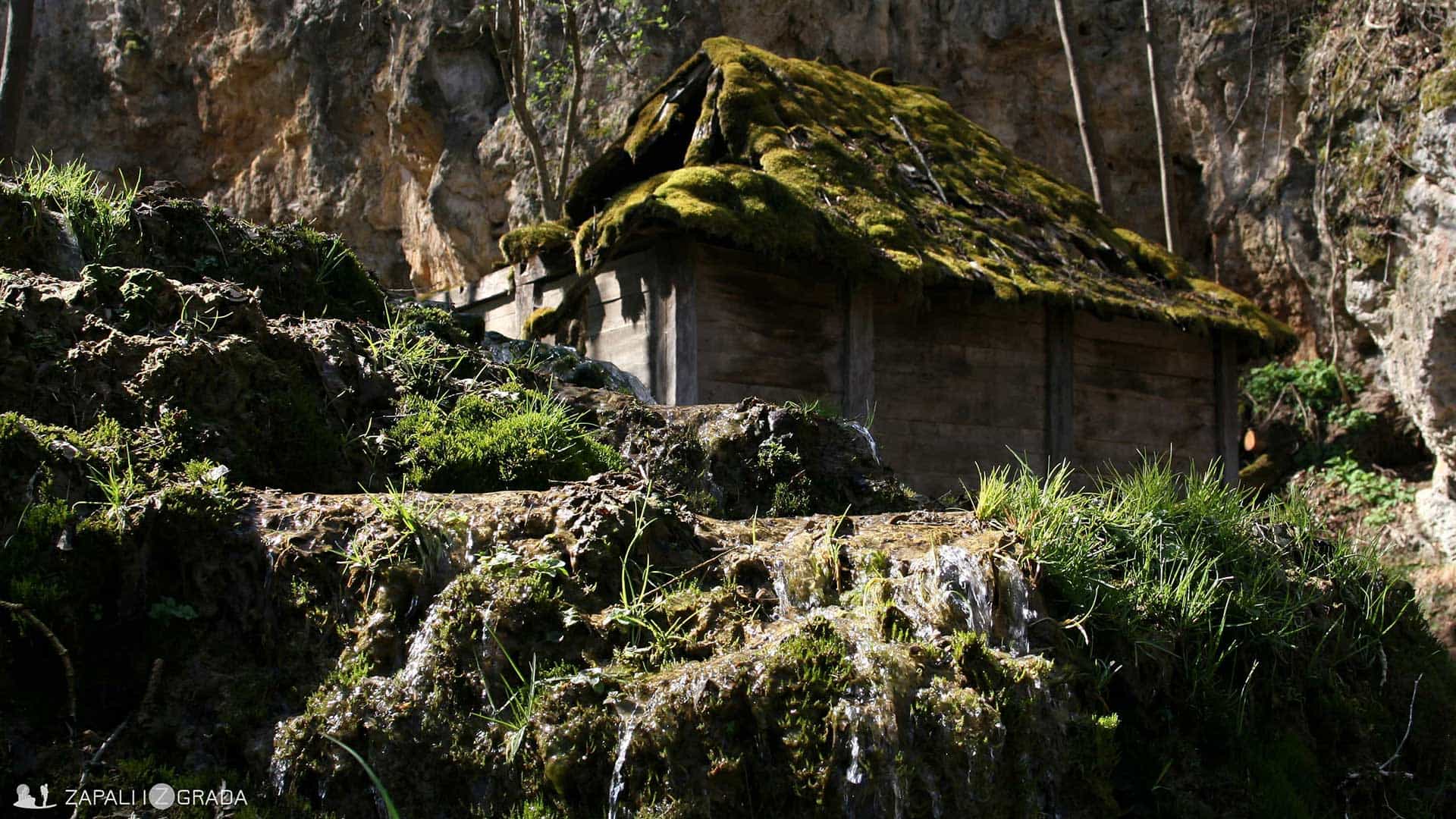 No matter how much time you spend here, it’s too little. So, at the sound of our guide’s whistle, we reluctantly move on. However, two more peaks must be conquered before returning to Belgrade, so the adventure continues. 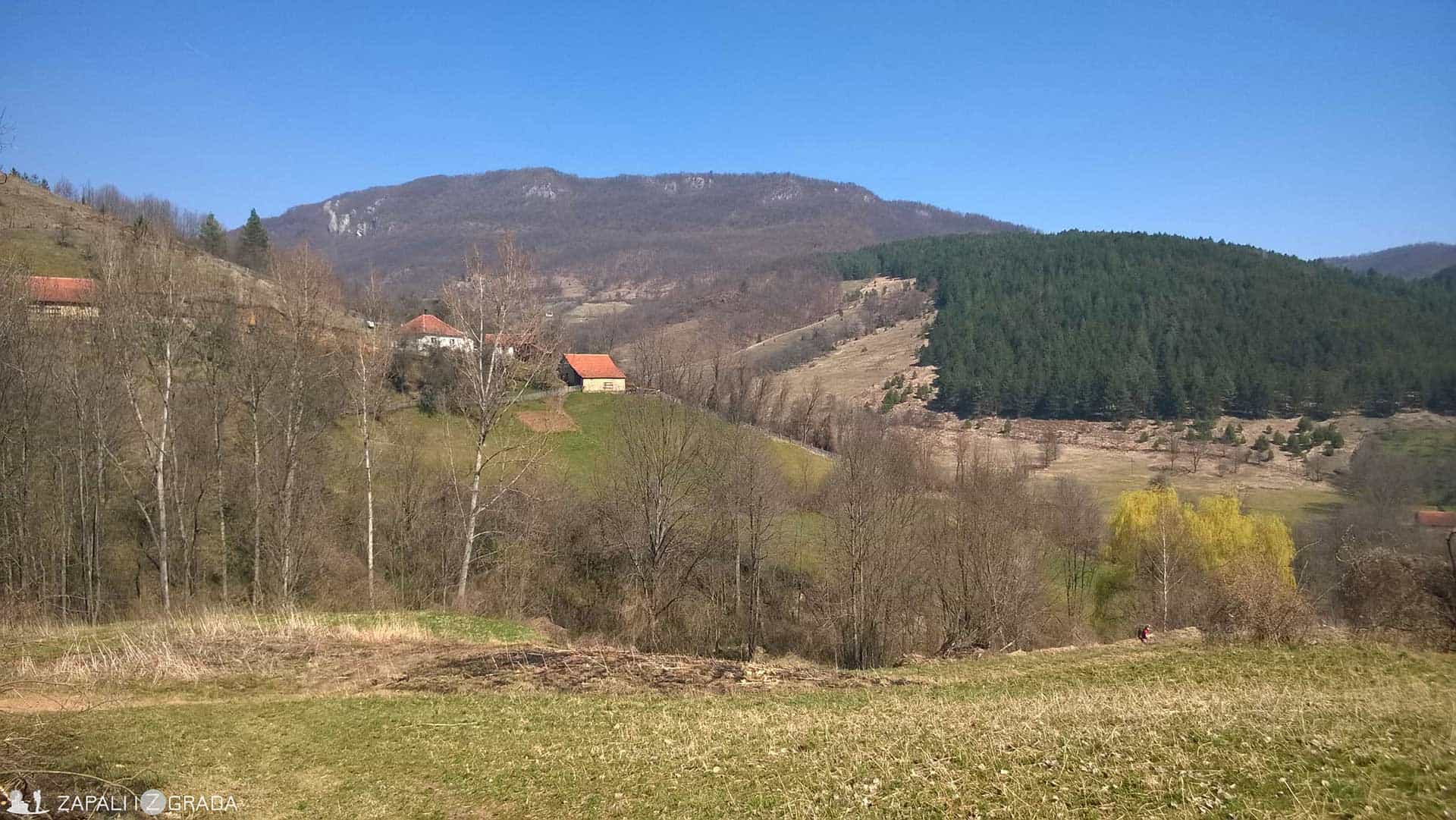 Taor rock in the distance

Our first goal is the Taor rock. With an imposing width and height of 1021 meters, it dominates the surroundings and looks like a sovereign protector of the whole region. We take the forest and road routes, each one of us searching for own bits of pleasure. Someone is waiting for a perfect lookout with a grand view, and someone else for a chance to take a unique photo shot. 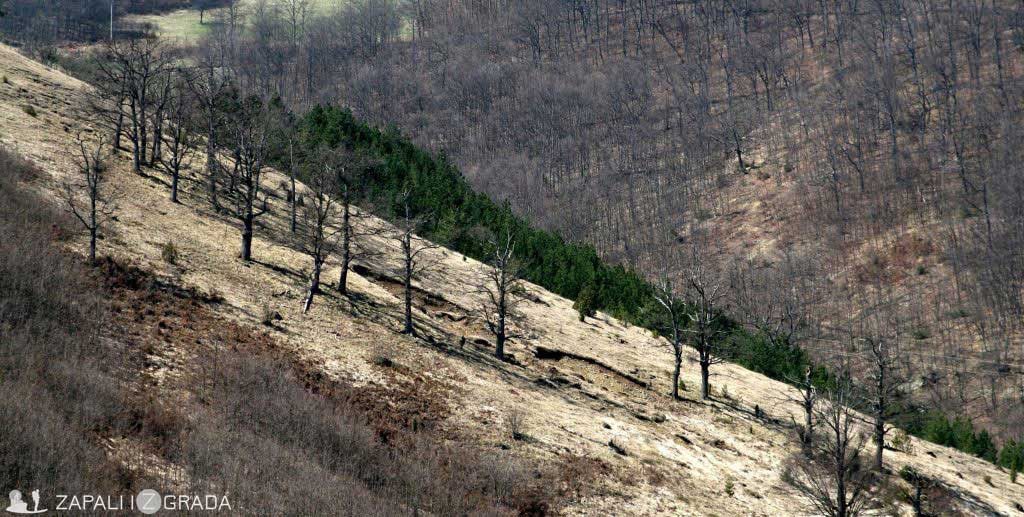 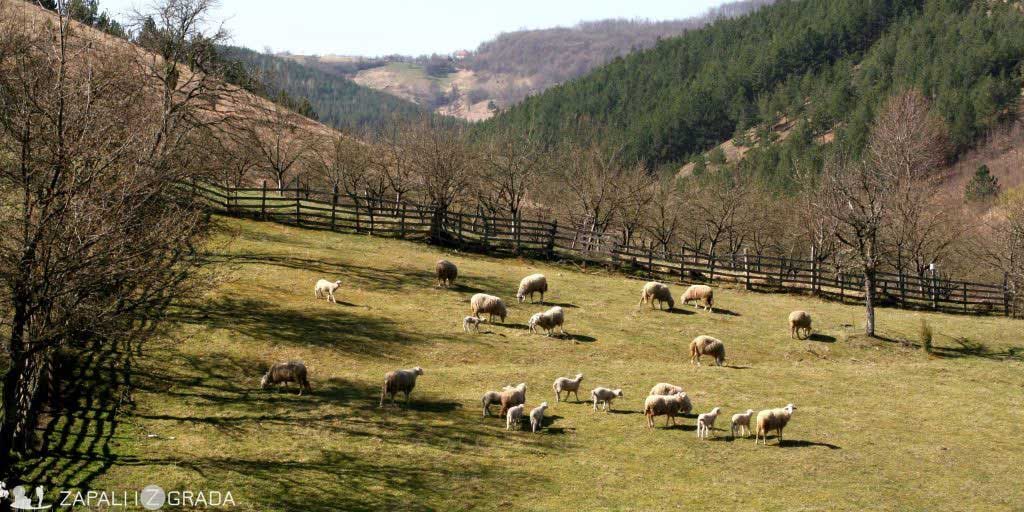 We pass by herds of sheep and some shepherds, but also by the hamlets of Kuzmani, Brđani and Taor. If there were those among us who felt tired, the schoolgirls we met as they were getting back from school gave us “the wind in the back”. Surely, this episode prompted thoughts about upbringing and different views, as one of the hikers said: “And my boy is now playing games at home!” kući!“ 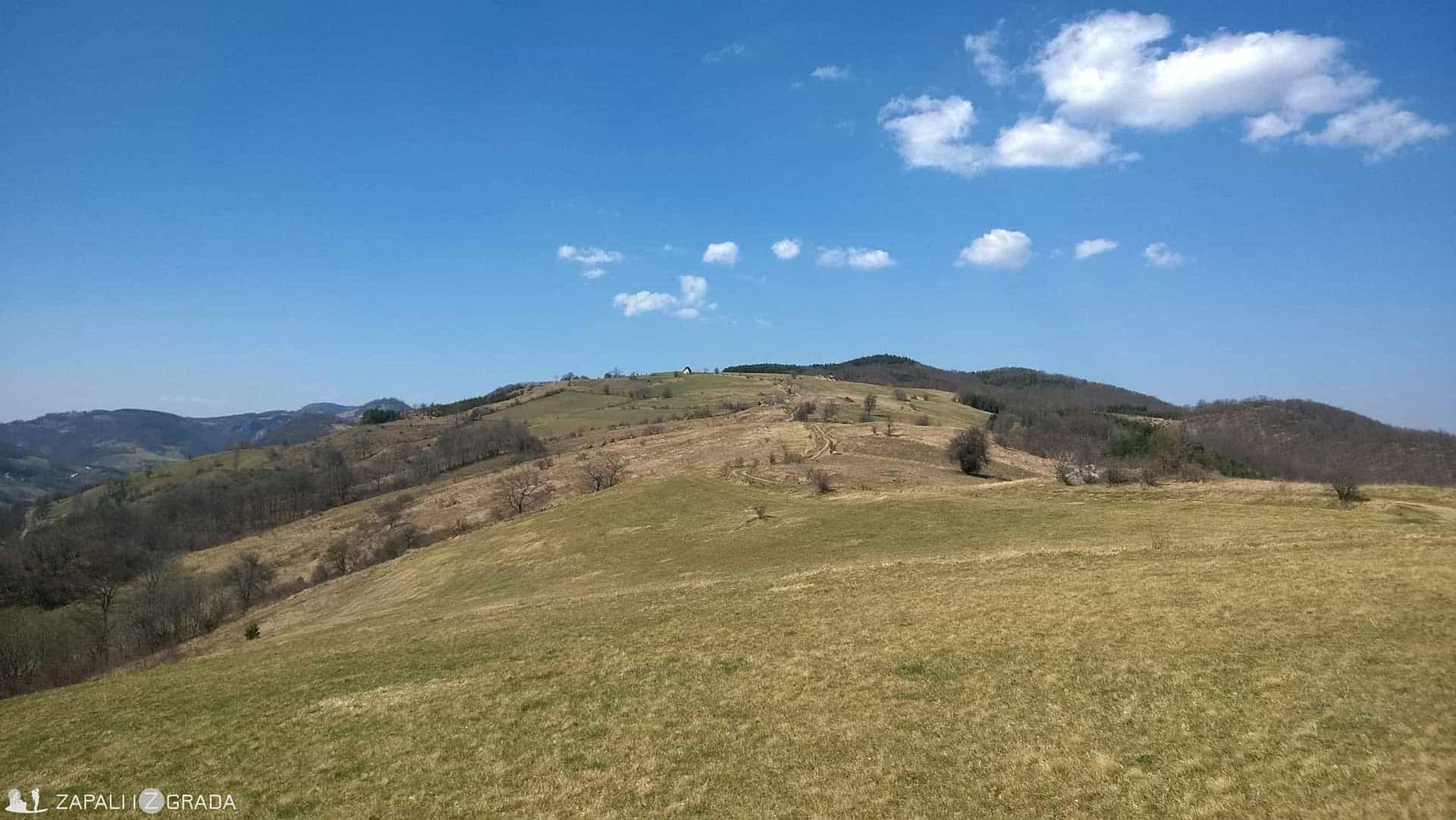 After one hour of a solid uphill rhythm, we arrive at an interesting plateau. Apart from being an ideal place for chilling and enjoying the surrounding peaks of the valley region, it is in fact a kind of intersection of roads. 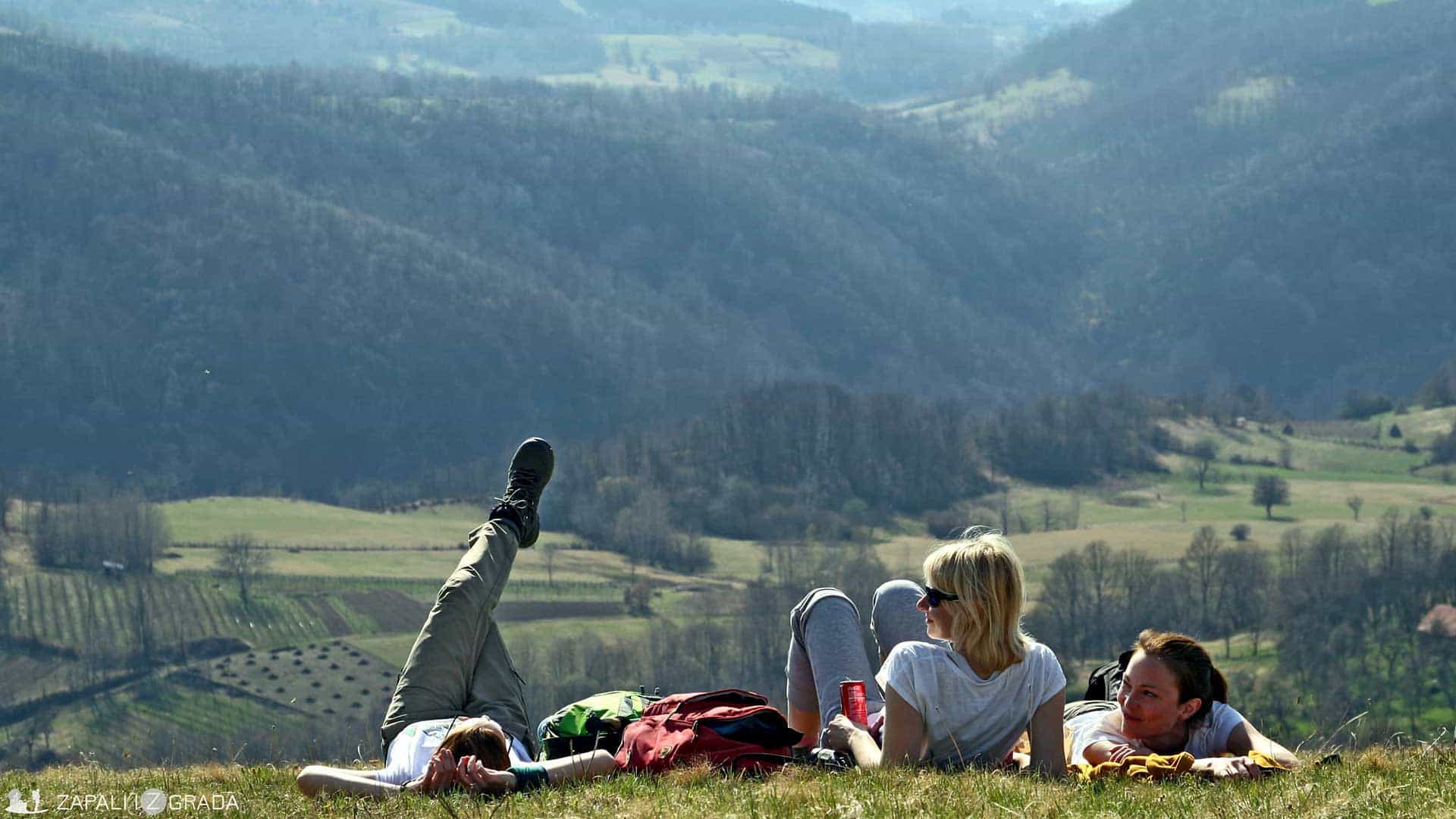 First we tested the right trail. It quickly disappears in the shade of the forest and leads to the top of the Taor wall. We really appreciated the change in the environment and the dynamics of the movement. The open path was swiftly replaced by stone walls in a dense deciduous forest. 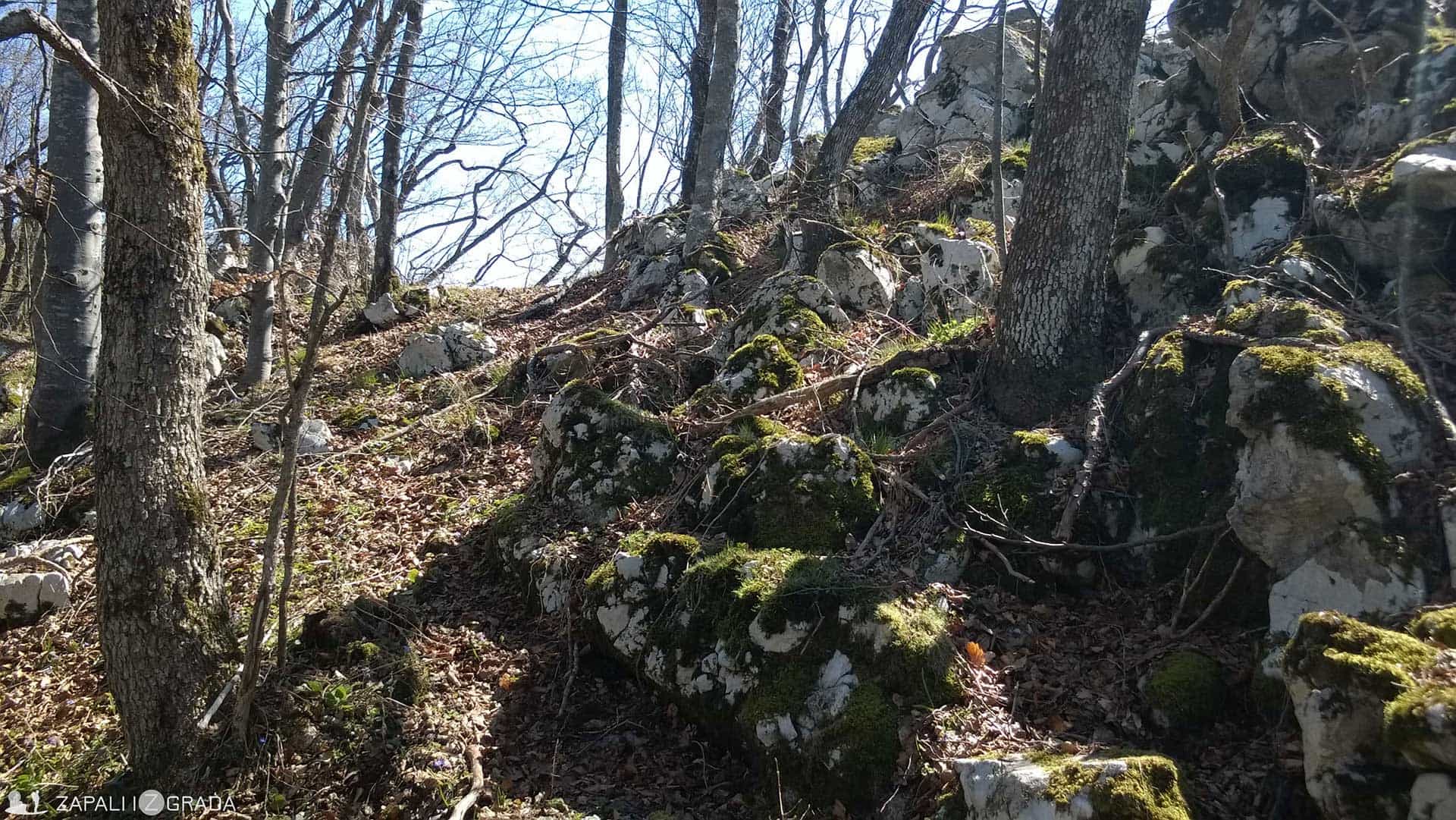 We soon realized that the peak was blocked by the forest, so our disappointment as we lost the perfect lookout was replaced by picking buckrams (wild garlic) that grows here in epic quantities. Our sandwiches got some green dressing, and each of us the smell of garlic. 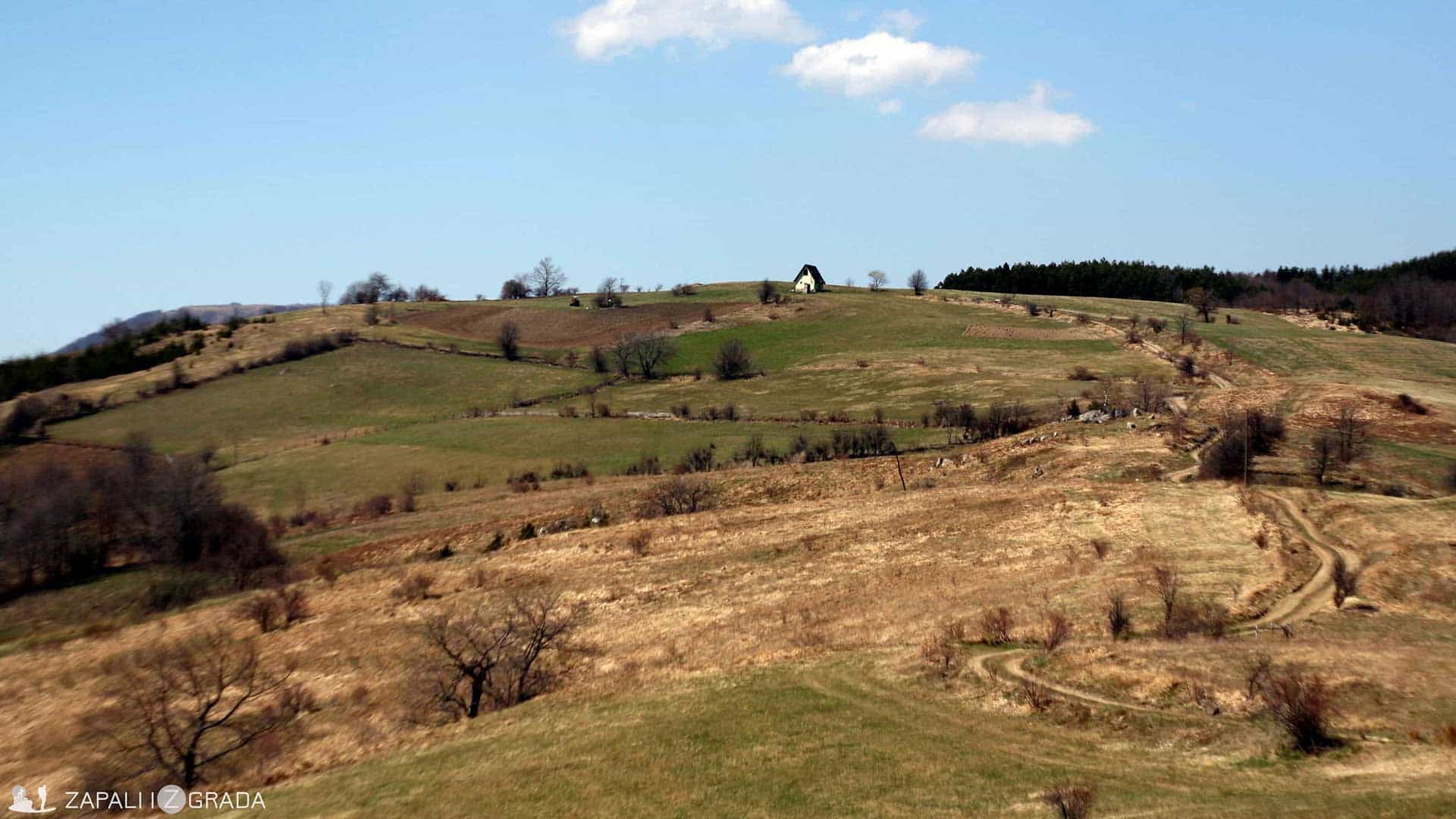 The left trail leads to the top of the Čiker. Apart from the extra mileage and building physical condition there is no big reason to go there. The sights are beautiful, but nothing we have not seen before, except for one check. 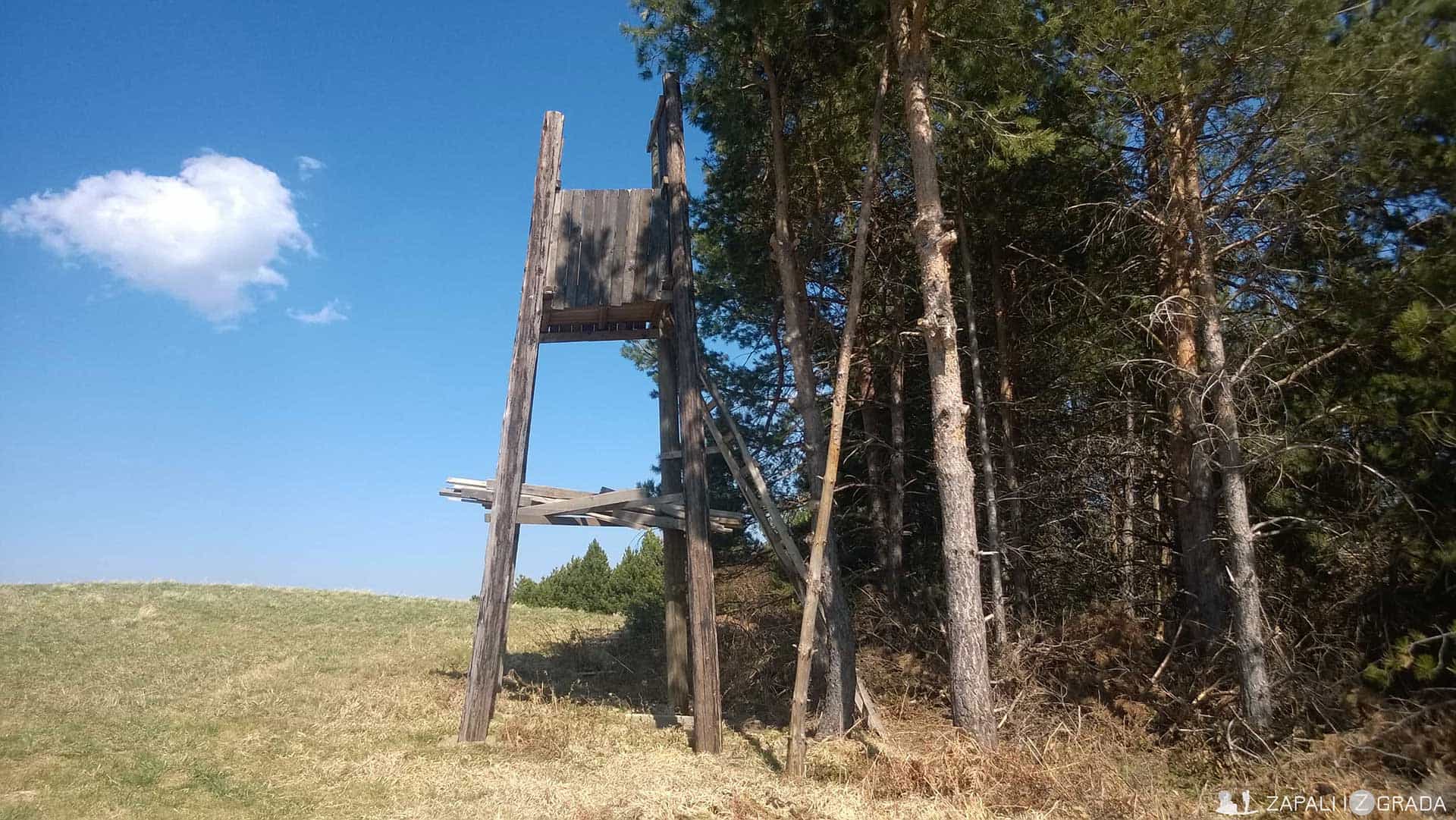 The peak itself is occupied by a coniferous forest, so there is no “satisfaction” after the conquest of the peak. Not even the buckrams. The most beautiful lookout is the intersection itself, and the best thing is to wait for the others to return from their “expedition of conquest”. I came to this conclusion a bit late. 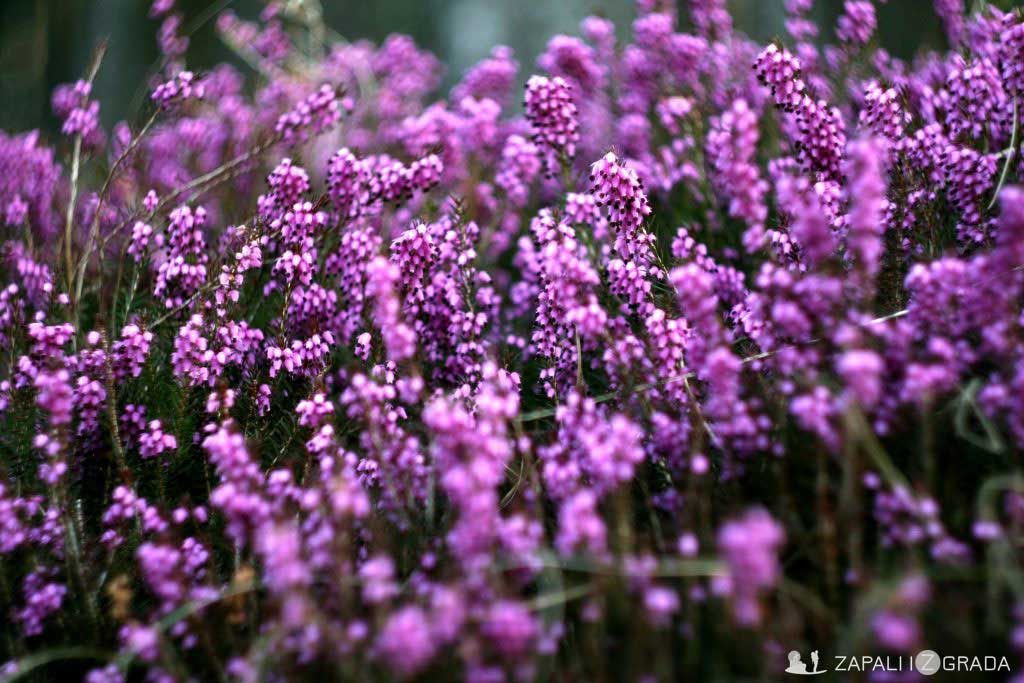 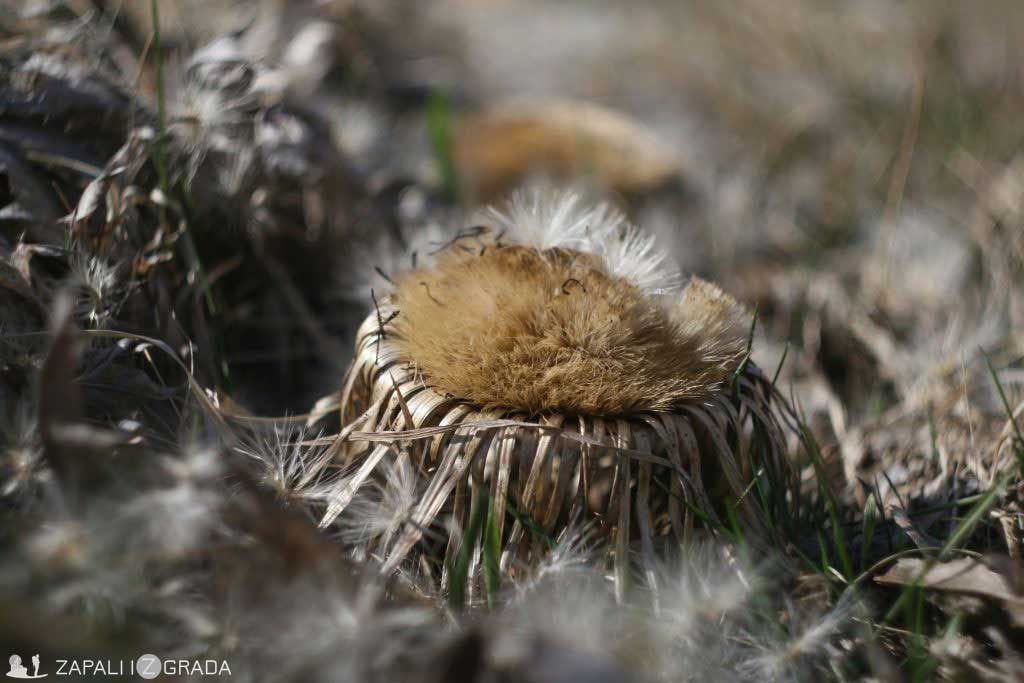 The path that goes straight leads to the forest paths and ridge crests towards the villages of Drpovina and Obradovići. Along the road, there are beautiful views, making you forget about the kilometres you have just taken. You will pass by the hunting lodge “Lajkovača” and after 10 km the path arrives at the railway station “Drenovački kik” which represents the target plane.

At dusk we arrive at Podbukovi. In Milo Obradović’s ethno house with homemade brandy and cold beer, we summarize each kilometre, each image, each impression. This could have taken forever, have we not been interrupted by hot chicken soup, cheese, roast meat …