I have the impression that Eastern Serbia is the least known and most rarely visited part of our country. Undeservedly, of course. Adventurous visitors could easily find many reasons to enjoy the Carpathians.

Attracted by the special touch of mysticism, a specific philosophy of life, but above all unusual beauty, I return to the East again, with growing enthusiasm. Reality and legend mix here, as rarely anywhere else, and it is often difficult to distinguish between them. 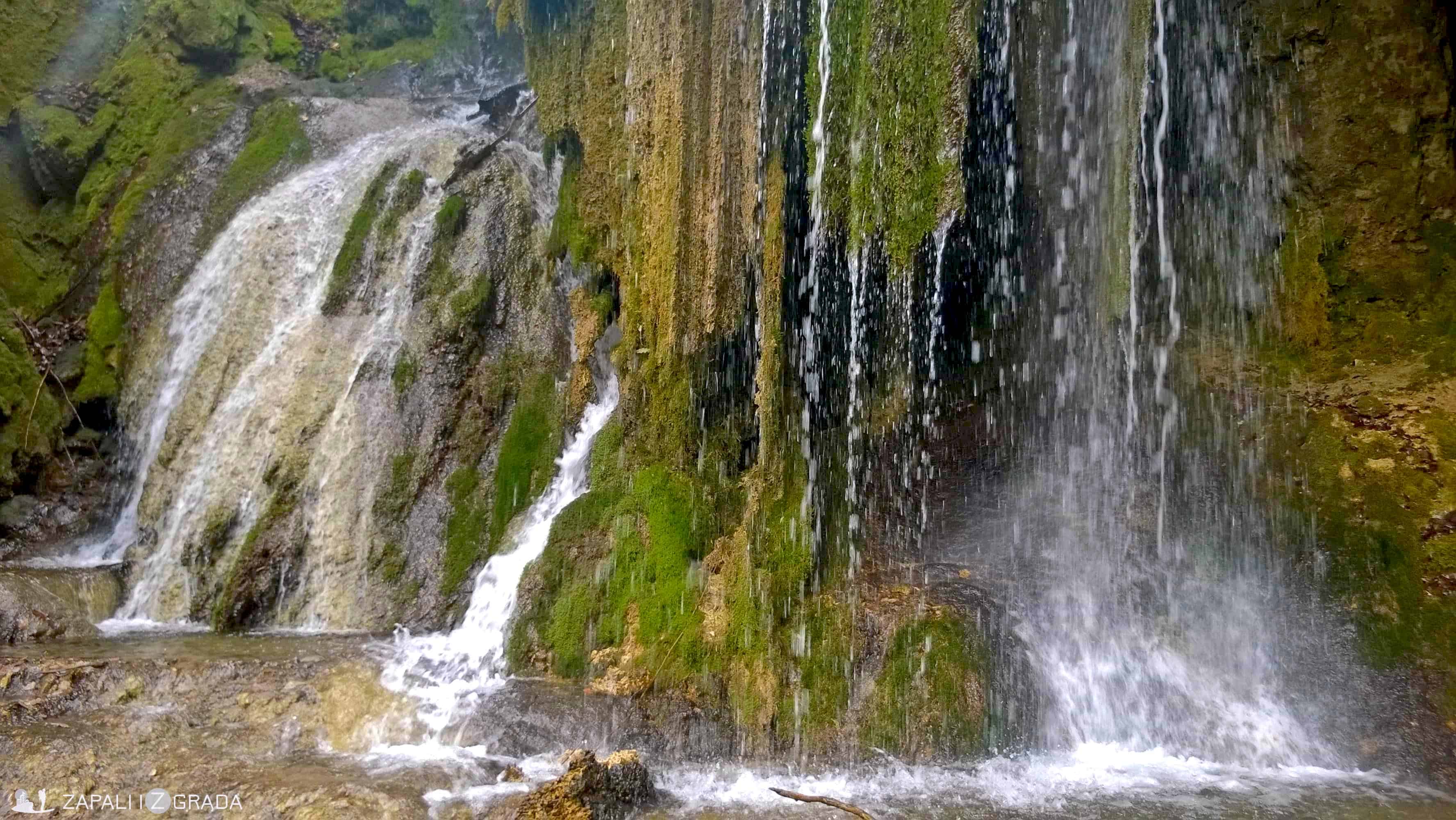 For centuries, Eastern Serbia has been the topic of strange stories spiced up with mystery. This is not unusual for a place that civilization has not yet reached, which hides beauty and wonders rarely seen. As you walk into areas full of mystical forests, emerald green springs, playful streams, ancient customs and architecture, anyone who as a child loved to read fairy tales will have the impression of stepping into one of them. 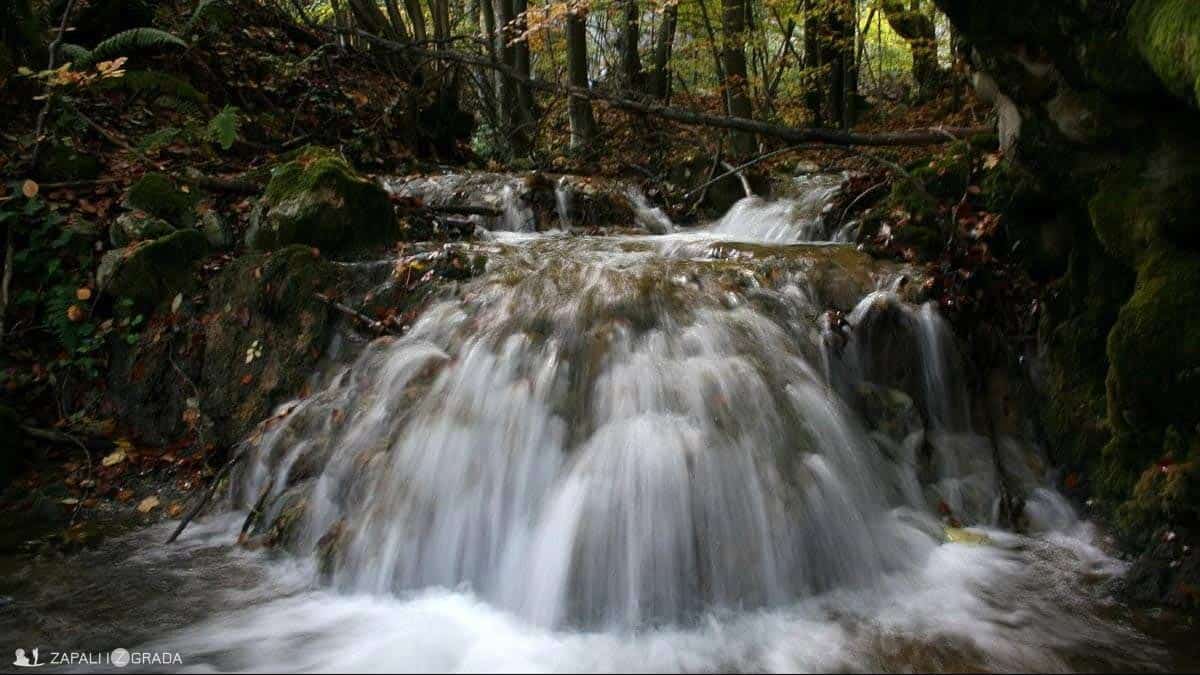 Our tale is located 200 kilometers from Belgrade. The quickest and most logical way to get there leads through Požarevac, Kučevo and Majdanpek and requires 3.5 to 4 hours drive. For those who do not want to return home the same day, I recommend sleeping in tents or in any of the rural households. A proposal for a place to stay is certainly Debeli Lug. On the other hand, you can join one of the hiking clubs for a daily trip. I know for sure that this tour is organized by Planinari Avanturisti, KAUP and PK Starica, and it has taken almost a regional character. 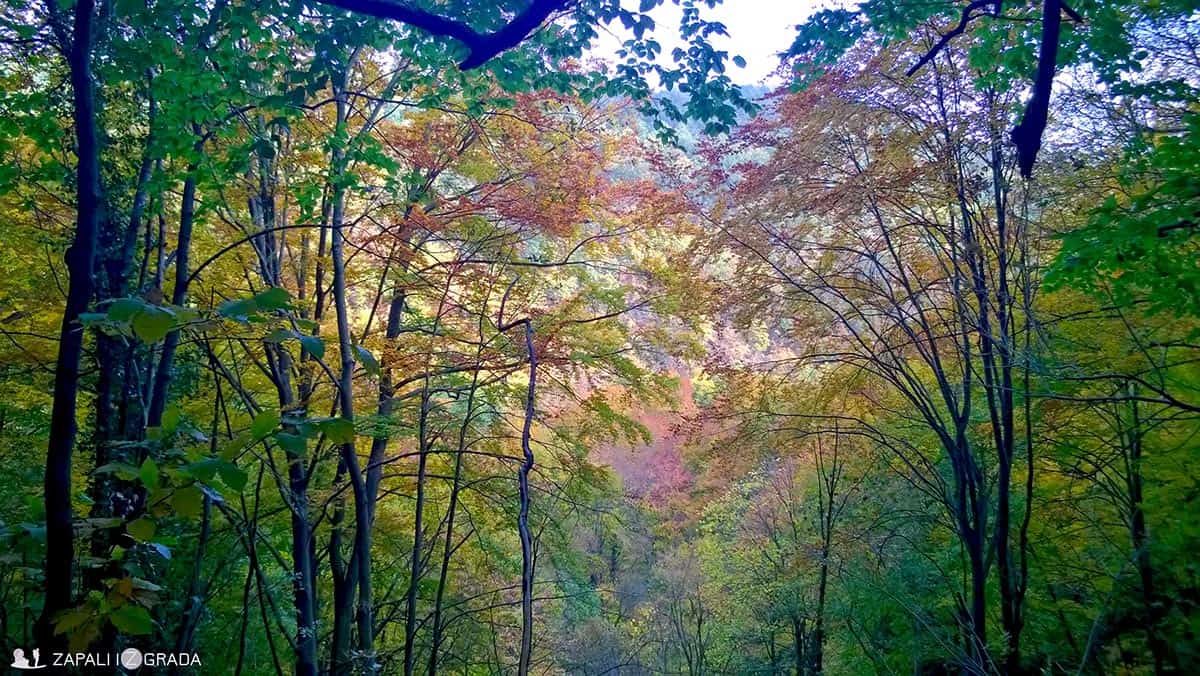 This is not a difficult tour, nor is it meant only for seasoned hikers. On the contrary, all ages of nature lovers can benefit from it, with special focus on family trips. Quality time spent in nature will be further enriched by impressions of two monuments of nature. But you first need to get to them… 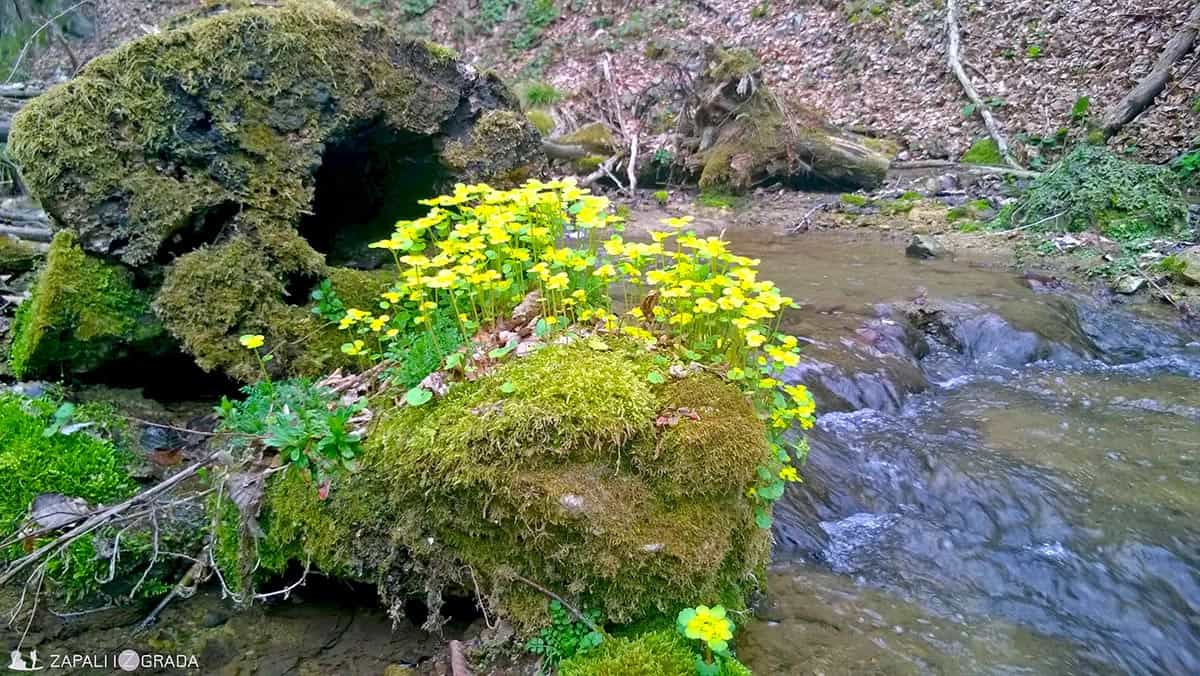 The route is circular, 8 kilometers long, during which you must overcome 400 meters of difference in altitude. This makes it one of the easiest trails, but the beauty that will make you stop every now and then to use the camera will extend the tour significantly. 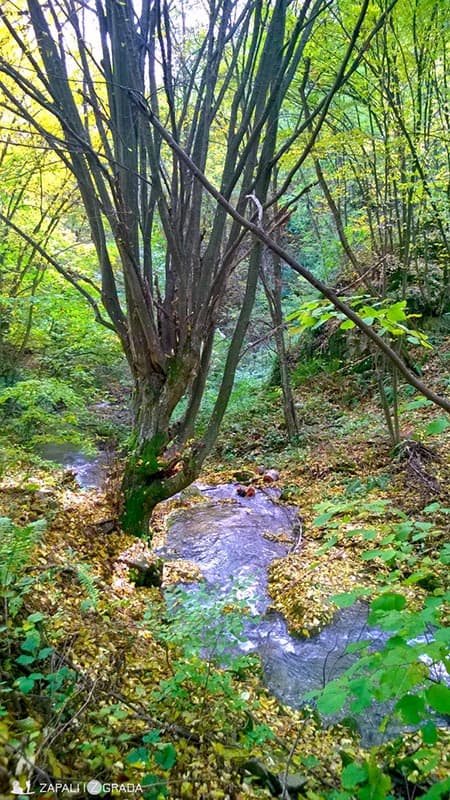 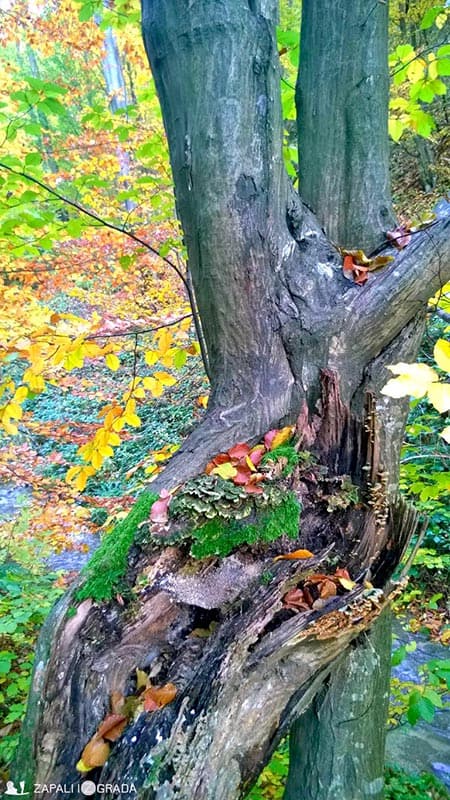 The trail starts from Durlić pond, which meaningfully uses the clean cold water to grow trout. It leads past some houses into a picturesque forest. As if stunned, we head towards the sounds of Beli Izvorac, which is leaping uninhibitedly over beautiful cascades. Behind every “corner” you will find scenes that will leave you speechless. 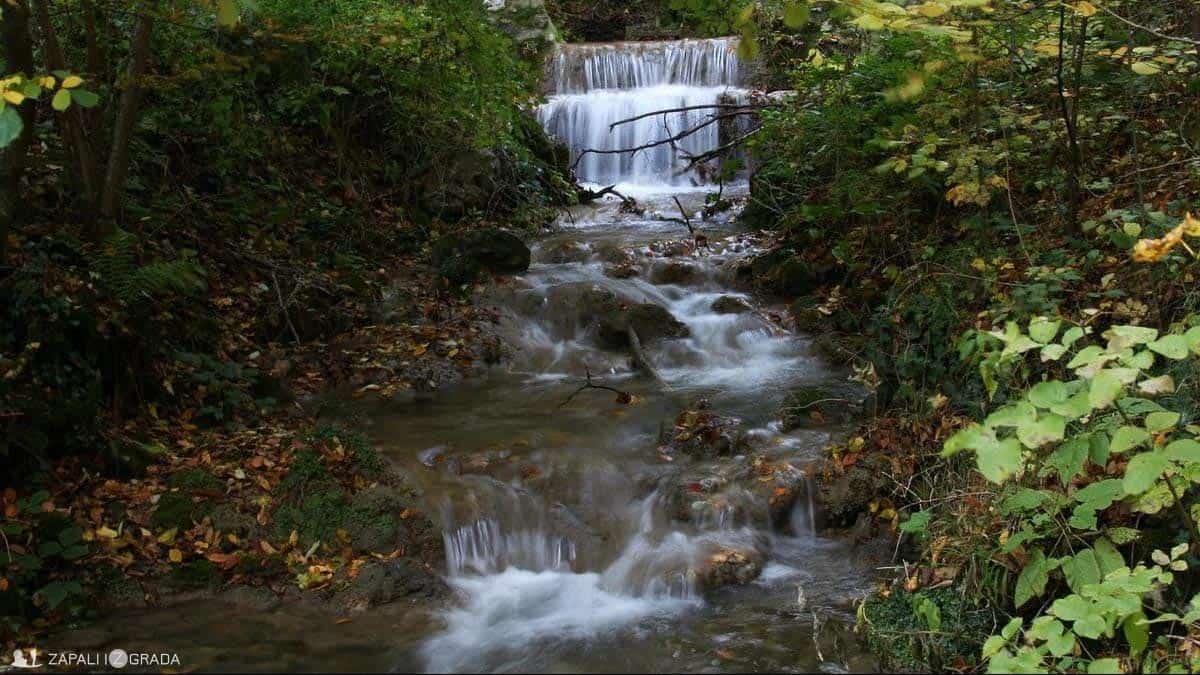 The main feature of this tour is that it is full of beautiful hidden details, so you will need a tireless photographic eye to capture only a portion of all that. Fully enchanted by what we see, we don’t even notice that we have reached a true monument of nature. A waterfall, numerous tufa cascades, a cave that “peeks” behind the roar of water falling down from a height of 16 meters, all look like a real fairytale. 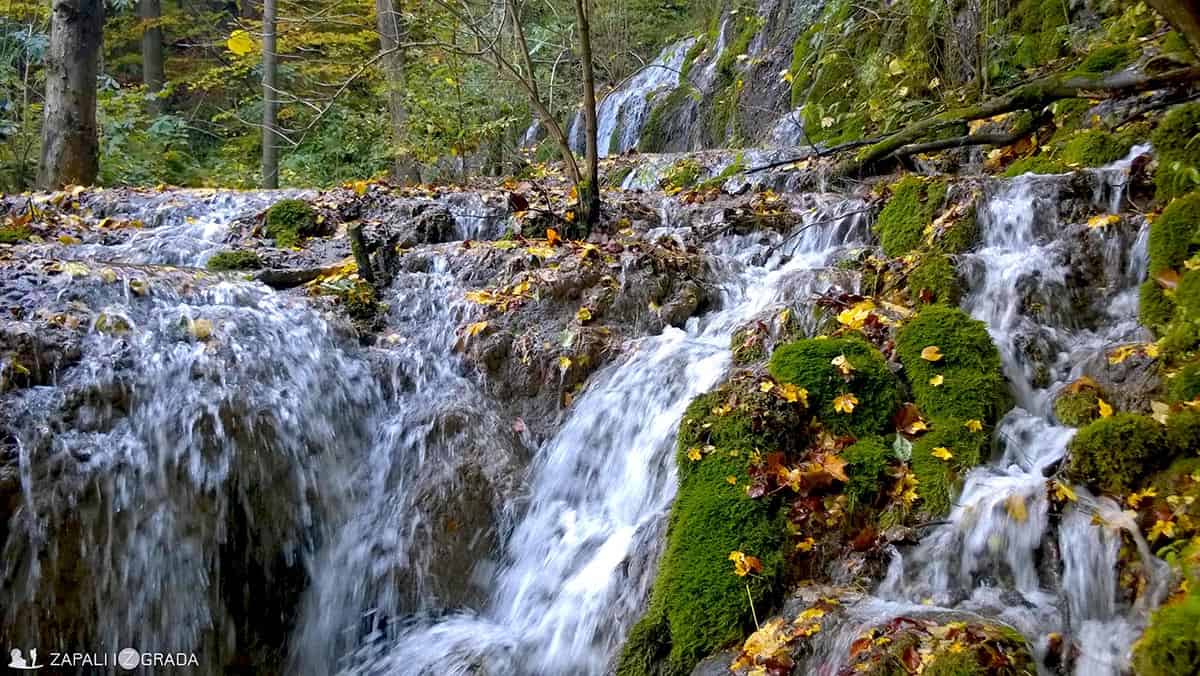 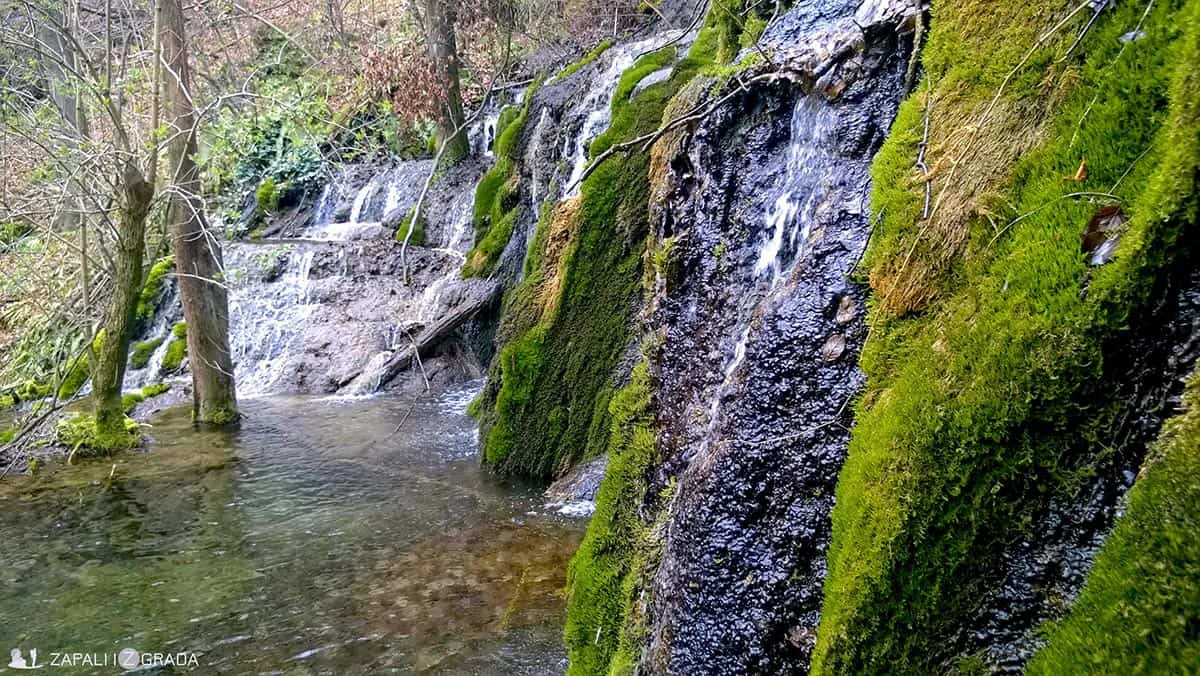 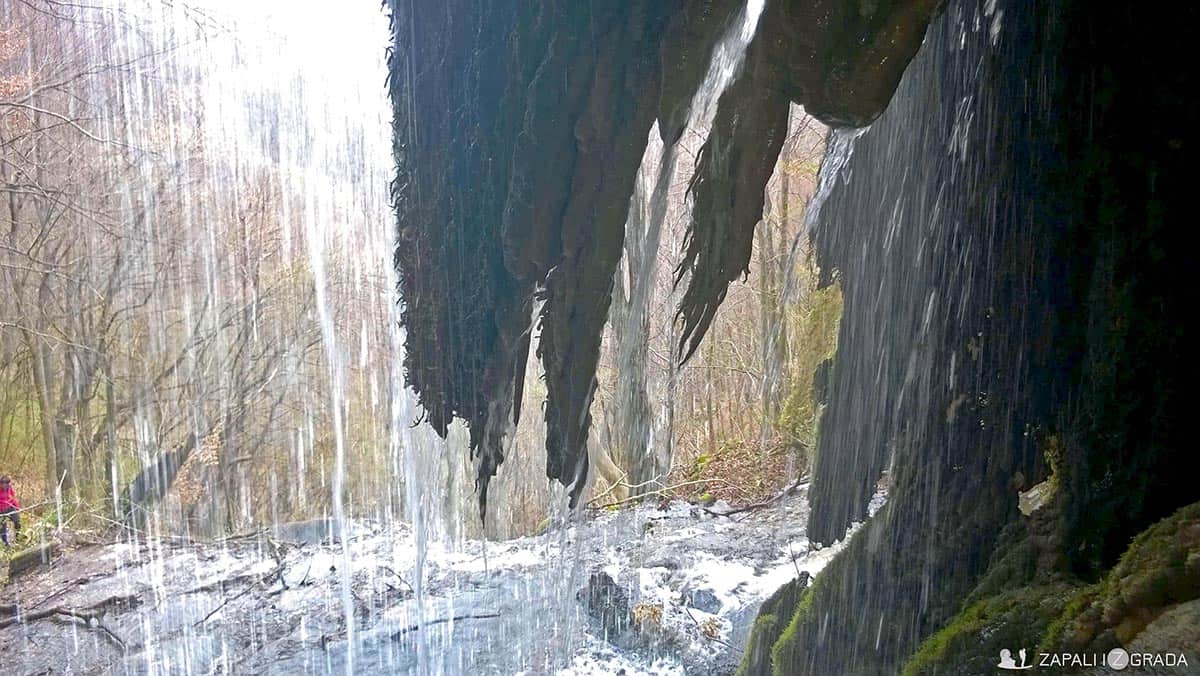 According to Vlach mythology, the plateau next to the waterfall has been the place where mythical beings Vlve gathered to dance.

“Vlve are very tall and thin fairies. Wearing long white or green dresses. Decorated with floral wreaths, they are seen in groups and everyone who sees them is captivated by their dance and song. They live mostly in caves and when you want them to help you take away a disease or spell, you bring them a gift „votiv“ in front of the cave entrance. Even today, people in Eastern Serbia leave gifts at cave entrances…”(” Vlachs-life, customs, magic”- by Emina Jović) 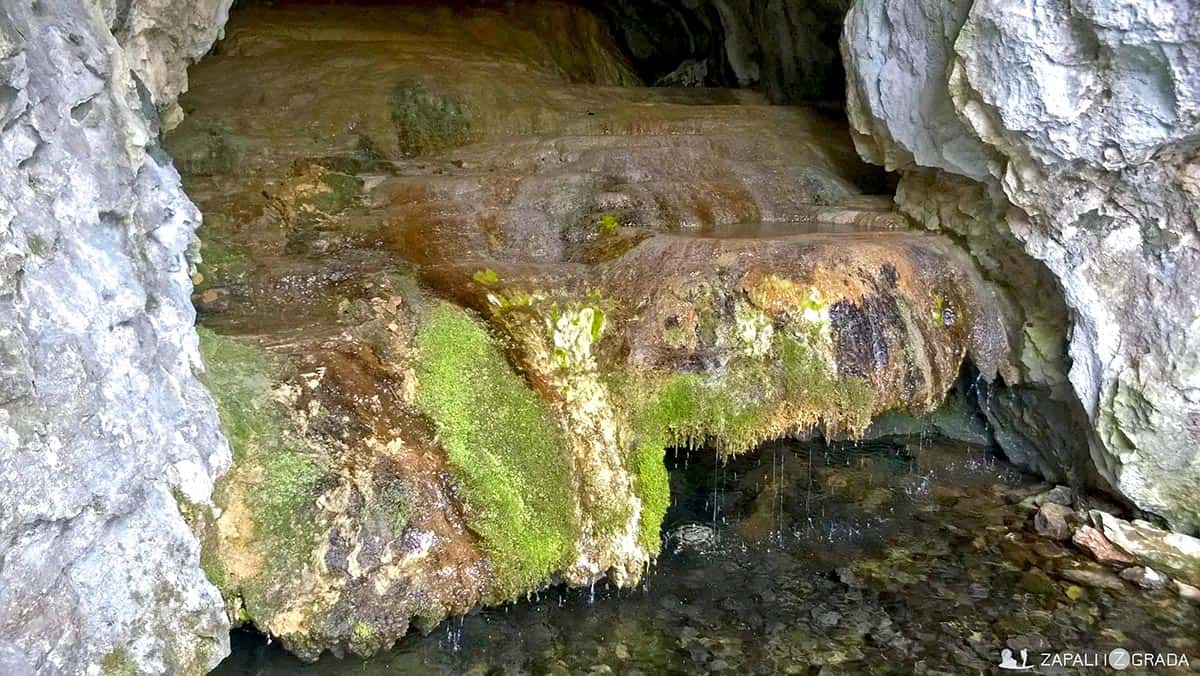 Nearby, there is another cave, which is certainly worth the visit. It was penetrated by Beli Izvorac coming out into the daylight. The spring is located at the foot of limestone cliffs of Mali Krš, and the colors of plaque on the stones, over which the water pours, depend on the time of year. They are most beautiful in the spring, when the amount of spring water is the highest. 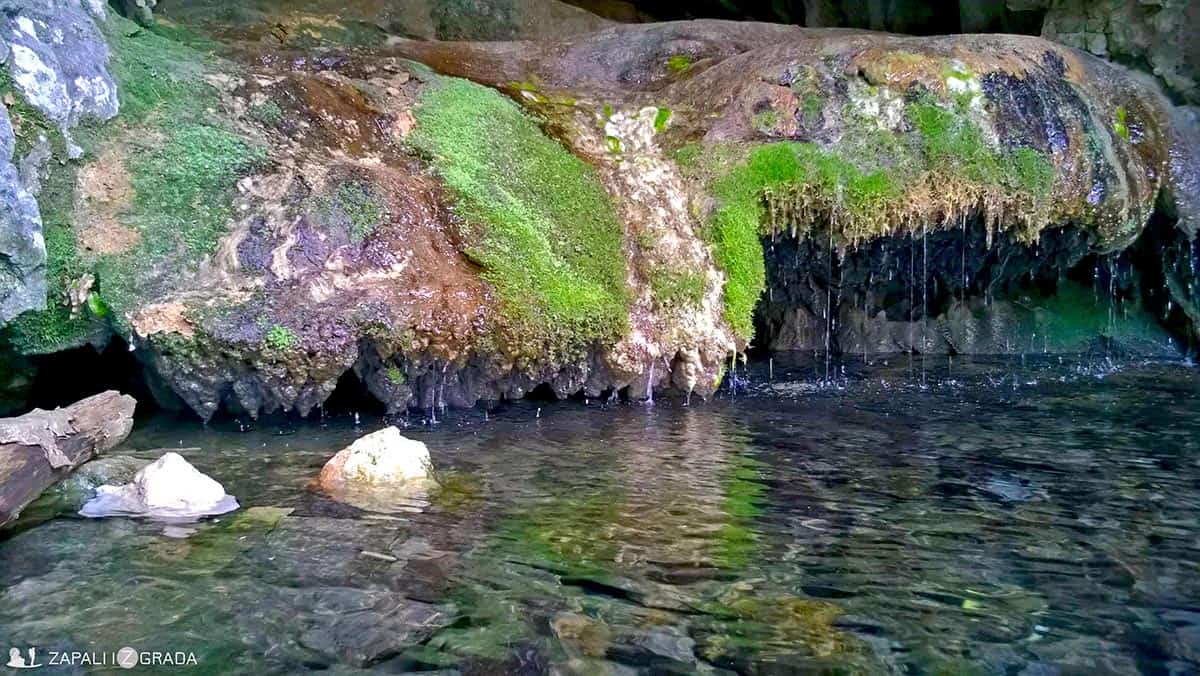 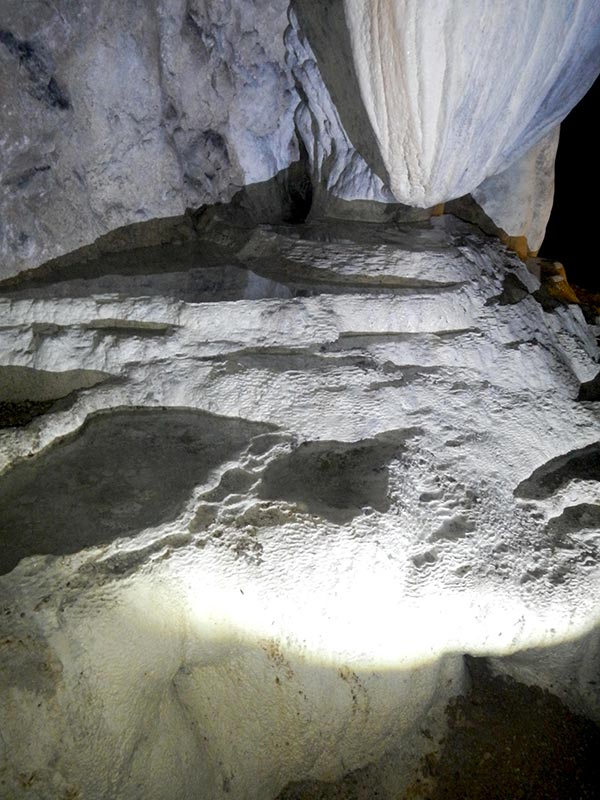 We continue uphill, following a cliff notch, over a landslide terrain. On the way to the peak Straža there are two small caves – Goat Cave and Little Cave. They are not illuminated or decorated, so if you’re in the mood for a little cave adventure you need to use a flashlight.

They are not as rich as some other caves of eastern Serbia, but for us, lovers of the underworld, every cave is interesting. “Explorers” can observe stalactites, an occasional bath full of water, but also a lot of bats. 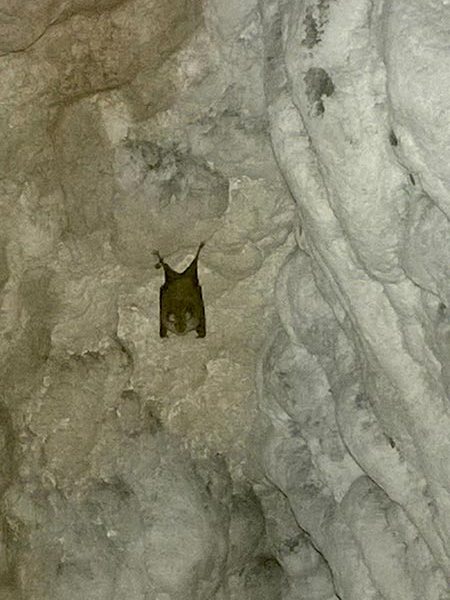 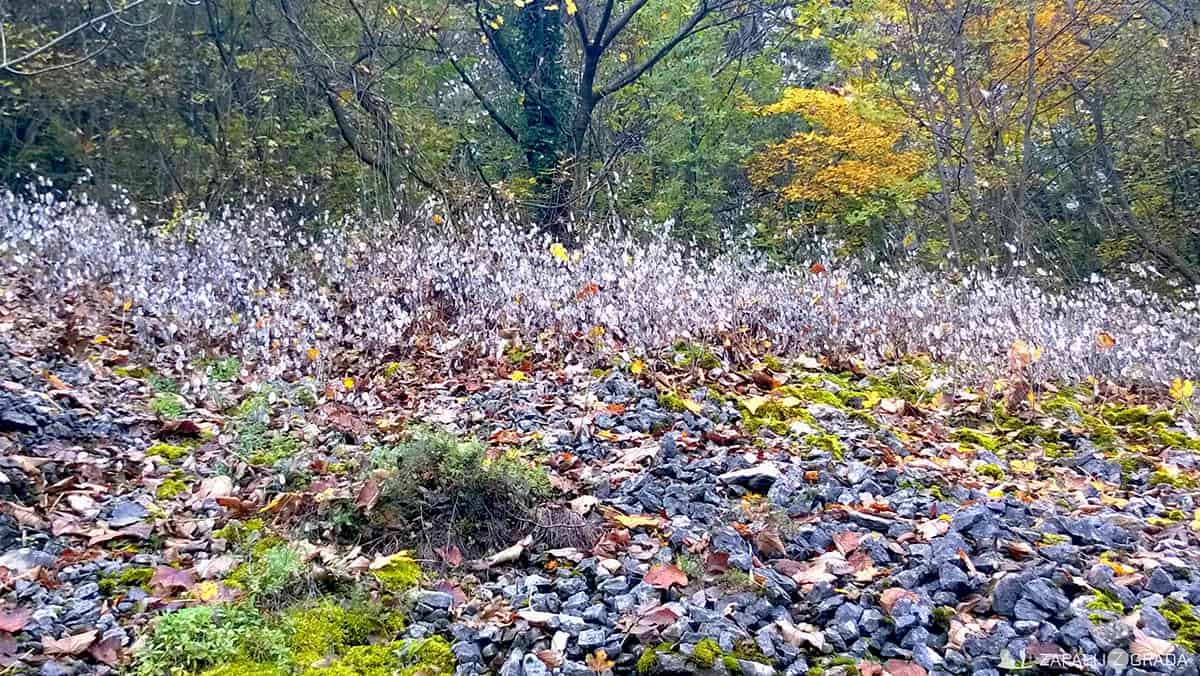 It takes about 15 minutes to reach the top of Straža (541m) where as by rule we have a break. Partly to rest from the climb, but mostly to enjoy the beautiful lookout. You can have a very nice view of the whole ridge of Mali Krš, Stol and Deli Jovan. Having in mind the strategic position, this must have been a lookout for bandits in the past, hence the name (Straža – Guard). While you “guard” the surroundings, I suggest a little refreshment to absorb the beauty of the Carpathian mountains. 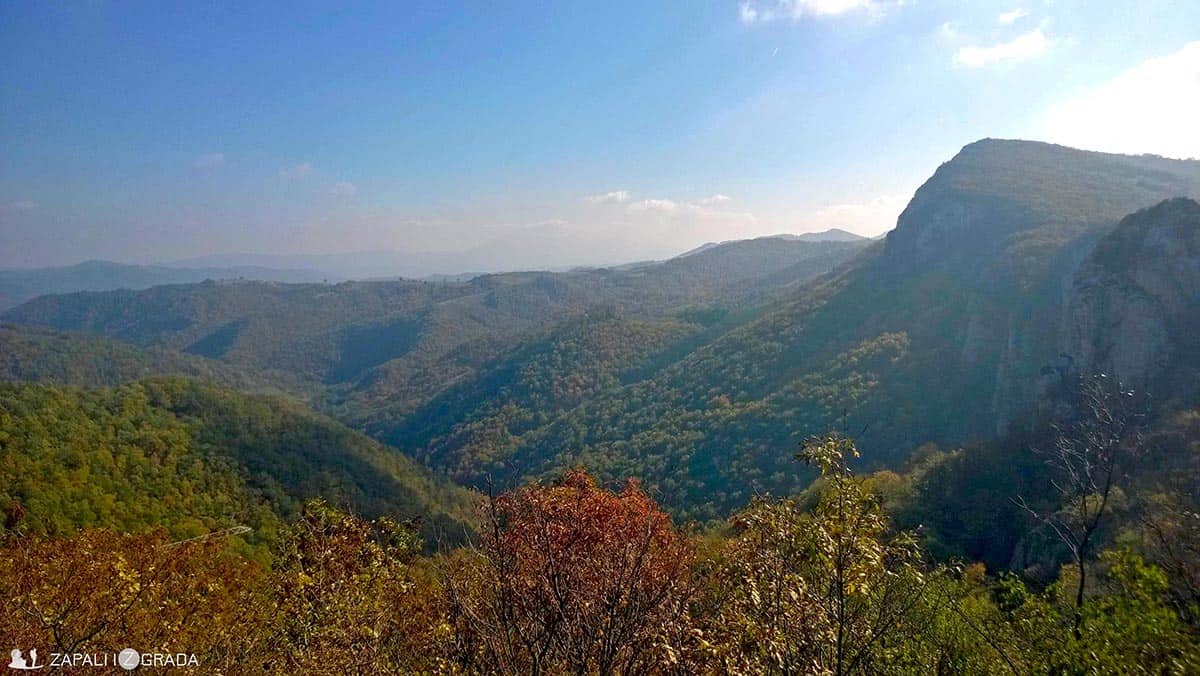 From here on, you start to descend the mountain. But don’t worry, fairytale scenes will not leave you; there will be mushrooms of different colors and shapes, ending the experience with a massive stone bridge. The descent to the river Prerast takes just under an hour, so use this time to enjoy the amazing creations of Mother Nature. 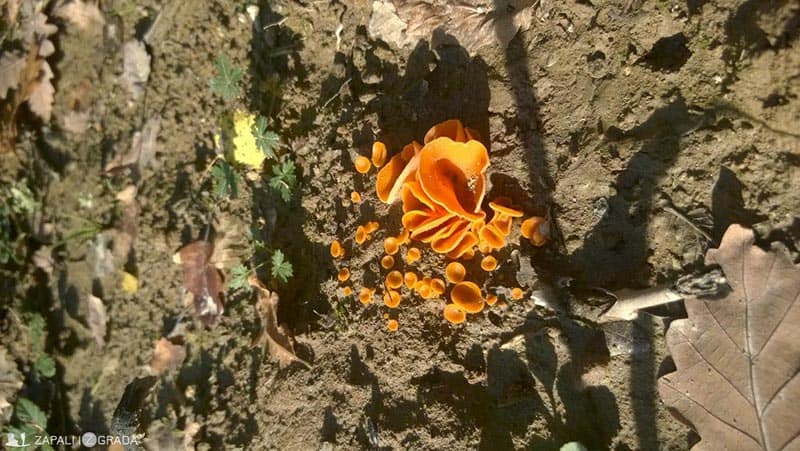 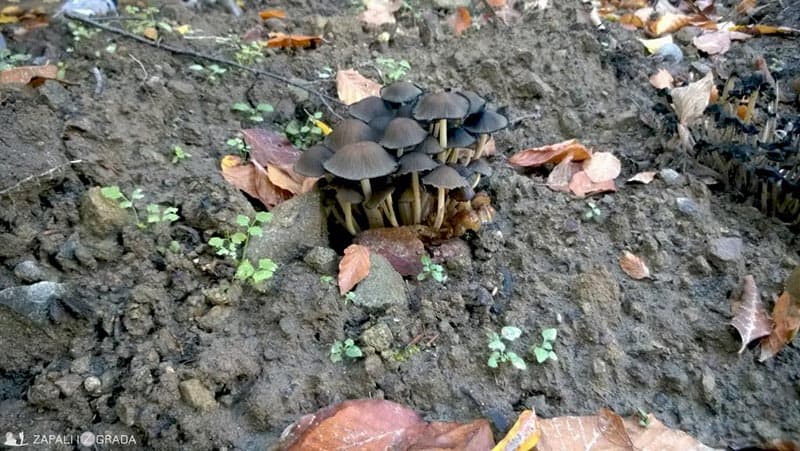 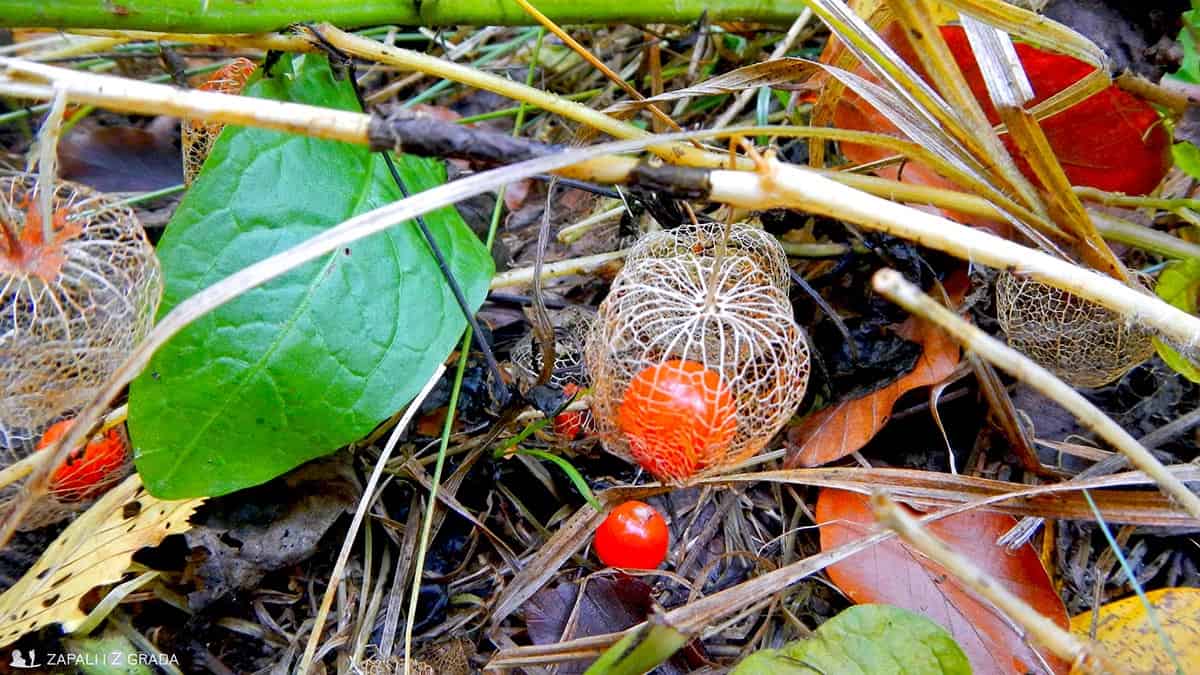 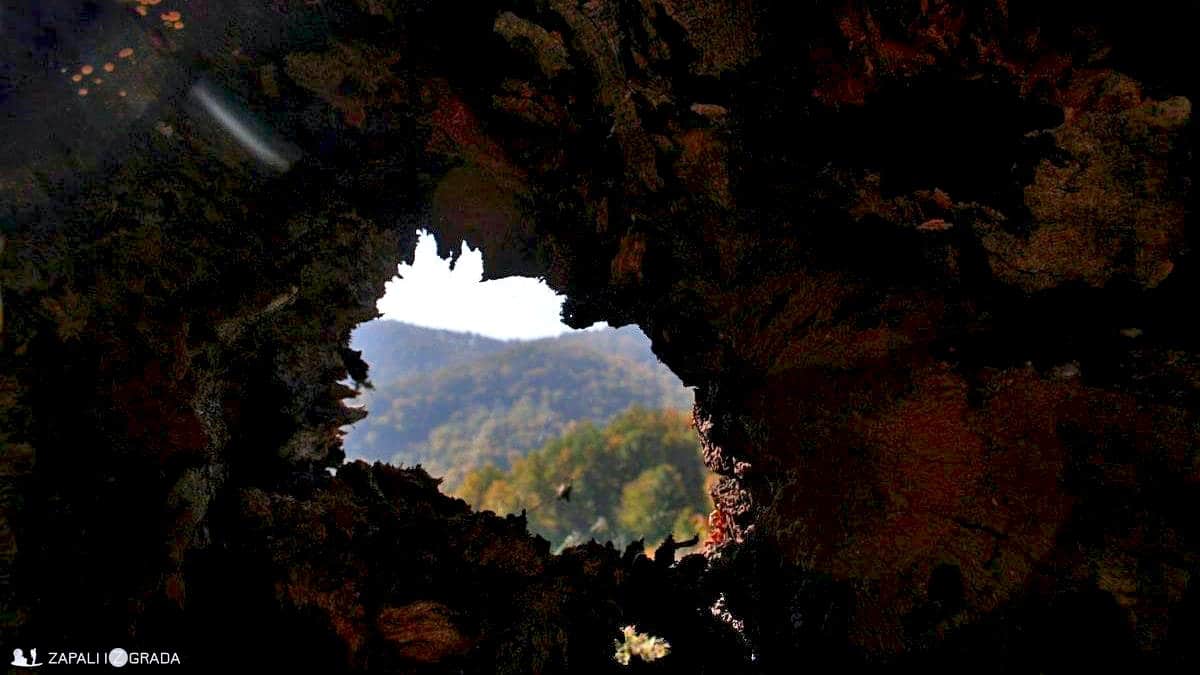 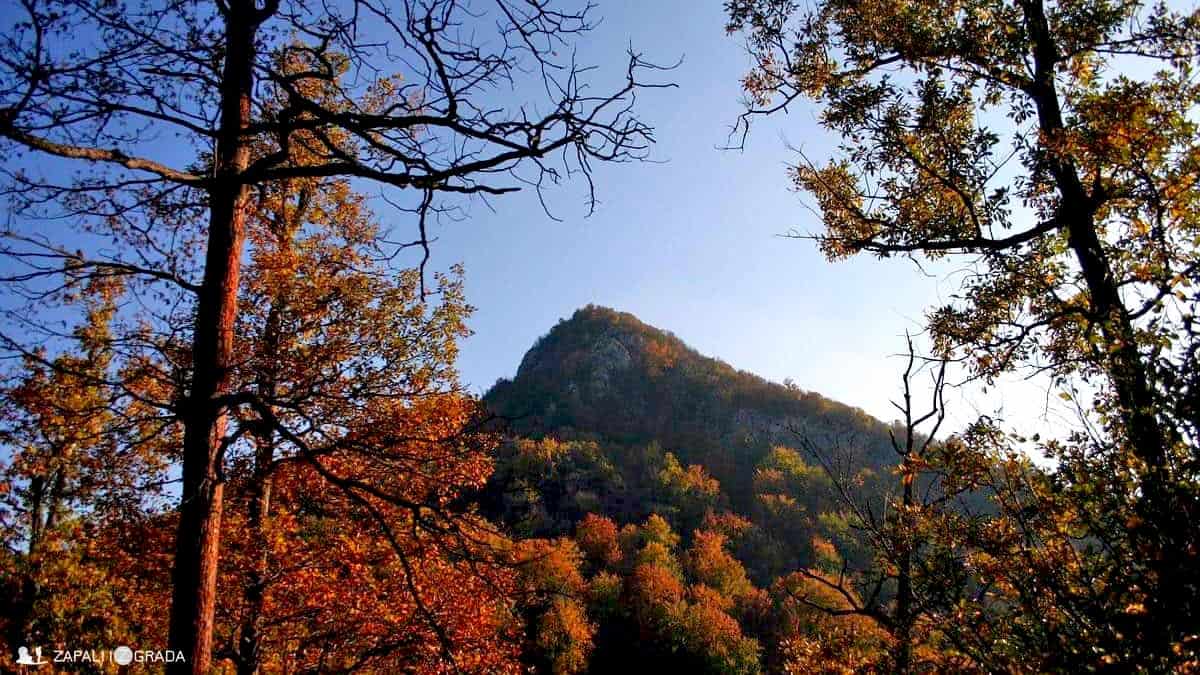 When you reach the river, you need to decide which path to take. The first option is the forest path, which runs a bit longer, but is safer. The other option is the river bed, which depending on the time of year may be more or less slippery and also filled with water. My recommendation for parents with kids and not so experienced hikers is to use the first option. 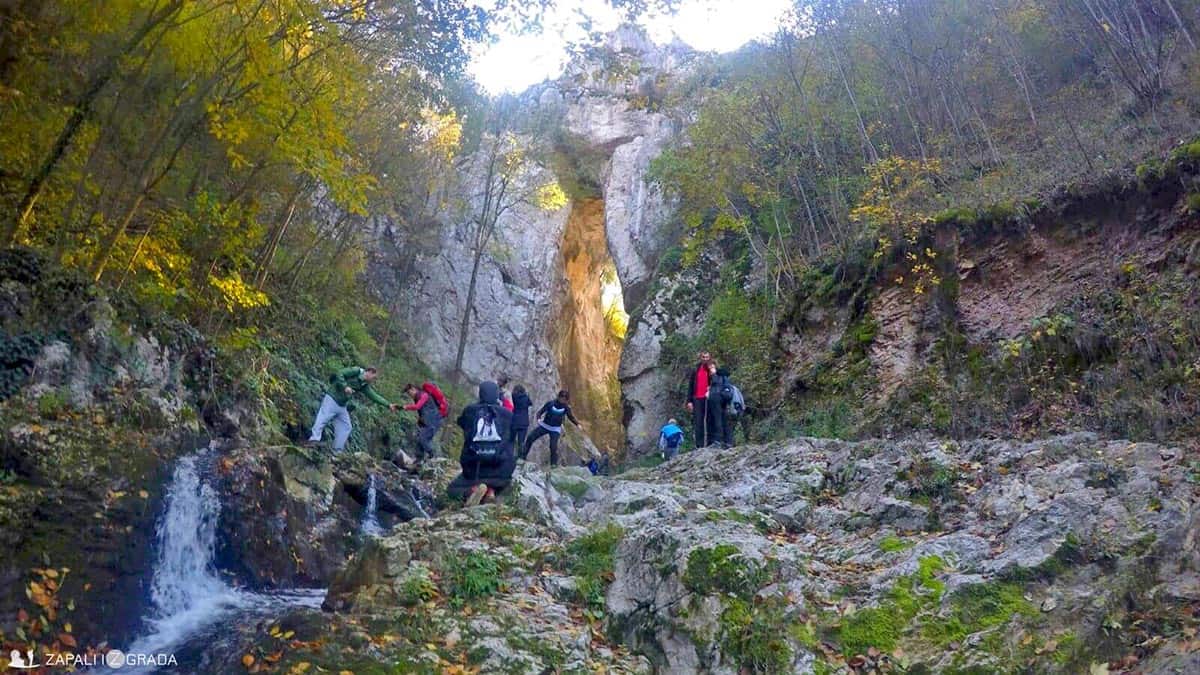 Pretty soon you will reach another unique monument of nature. The popular Hollow Stone is under state protection. Stone bridges, so-called „prerast“ are very rare. The are created by collapsing cave ceilings over a greater length. They resemble monumental arches, and with graceful posture show how small and worthless we are, they testify to the passing of time and of epochs through which they came into existence. In Vlach culture, where a significant place is given to mythology, caves and stone bridges are considered extremely important because they provide a connection to the other world. I can’t tell if there’s real magic here, but these mystical places leave no one indifferent. In fact, they look so fascinating that I could believe that they open passages to other dimensions. At least inside a man. With its 44 meters of height, this bridge looks really impressive. 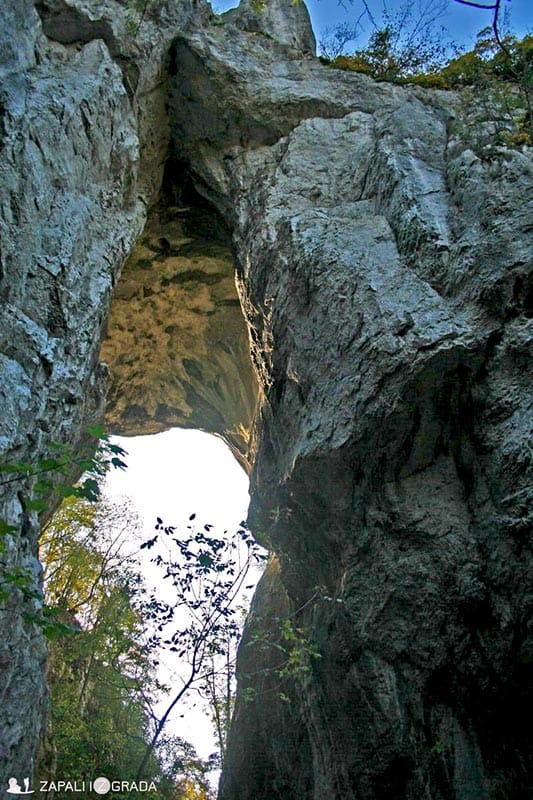 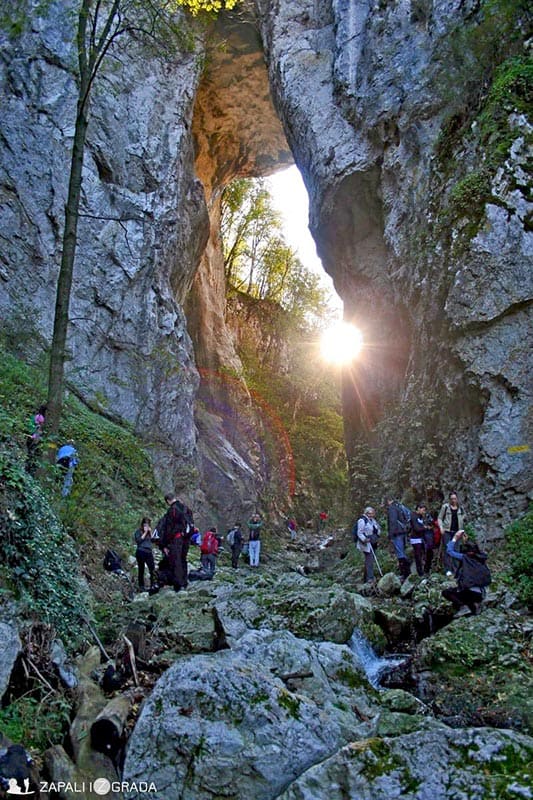 Given that PK Starica brought together six teams from the region and that quite a number of hikers participated in the activity, a special „mountaineer’s beans“ was prepared in the cultural center of Rudna Glava, as a reward for this successful activity. Particularly interesting were the women from the association “Industrious Vlajna” who greeted us with a wide range of domestic products. There were all sorts of hot biscuits, brandy, liqueurs, homemade whiskey, jams, including even unique handicrafts and tools, several centuries old…