This is the continuation of a brilliant weekend adventure, which included exploring and touring the Majdanpek area, but it can also be used as an interesting one-day trip guide. In any case, we need to reach Kučevo, which is 130 km from Belgrade and 50 km from Majdanpek.

Kučevo is a small town in Zviška basin, but it is strategically positioned as the start for many tours that reveal the primordial beauty of the area of Homolje. Here, you can often meet hikers and other nature lovers. 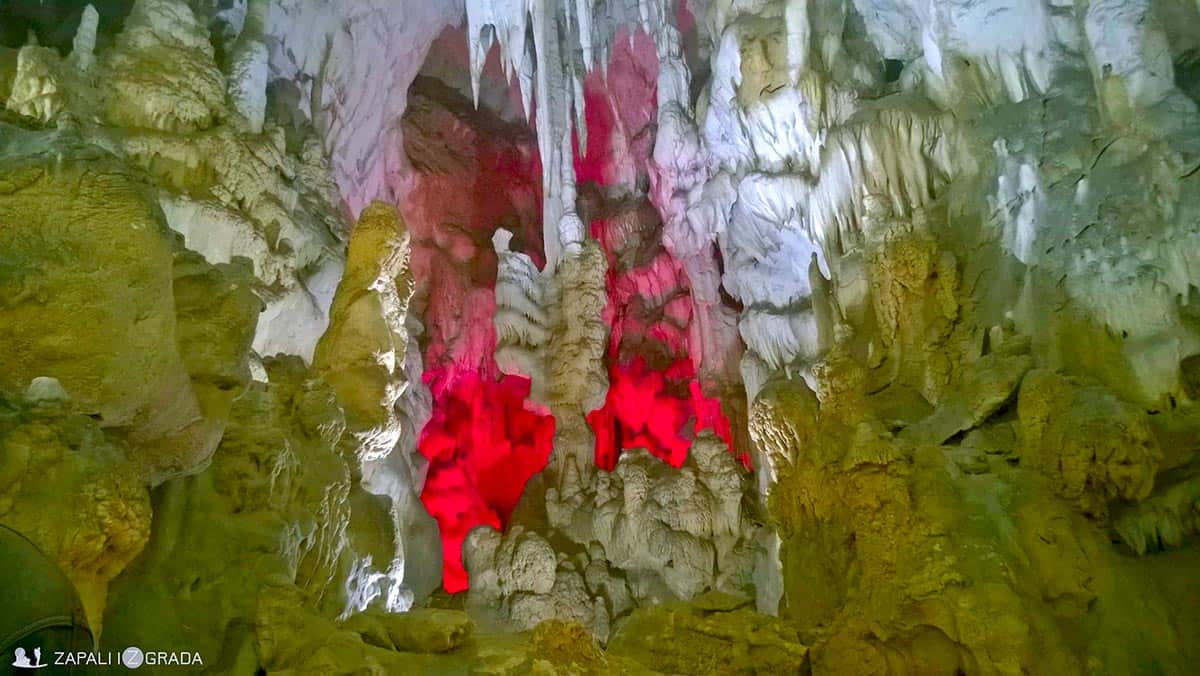 Due to the variety of medicinal herbs and fresh air, Homolje honey is widely known. Cheese is of equal quality. Livestock maintenance in this area is done on the high pastures in the traditional way: by taking herds out to summer pastures and Bačija. If you get the opportunity, don’t miss to purchase some of the local products. You will probably be introduced to local legends by the welcoming and straight-forward residents. Because of the remoteness, legends of outlaws, lack of roads and inexplicable mysteries linked to this area, there was once a local saying “If no troubles, don’t go to Homolje”. Nowadays, this is certainly not true.

If you want to rest your eyes by looking at endless green meadows, broad horizons, dense beech forests, Homolje can give you so much. If you also love to explore the underground world, this is an adventure that will truly enchant you.

From Kučevo head towards Petrovac and after four kilometres, turn left towards the villages of Kučajna and Ceremošnja. Very quickly you will reach the first noteworthy checkpoint – Kučajna lake. It is an artificial reservoir, built on Kučajna river, the left tributary of the river Pek. The initial idea was to protect local villages from the frenzied torrential waters that invade in the spring, but it quickly became a favourite gathering place for fishermen, campers and hikers. On the overflow dam, there is an artificial waterfall which is active throughout the year, with a height of 10m.

If you decide to visit this area, the best time would be April. This is the period of blooming lilacs, which are abundant here.

Continue uphill through the Valley of lilacs, but pay attention because the road is in pretty bad shape. Before you reach the cave Ceremošnja, I recommend that you visit the waterfall Siga. Although it is very close, many are not aware of its existence. 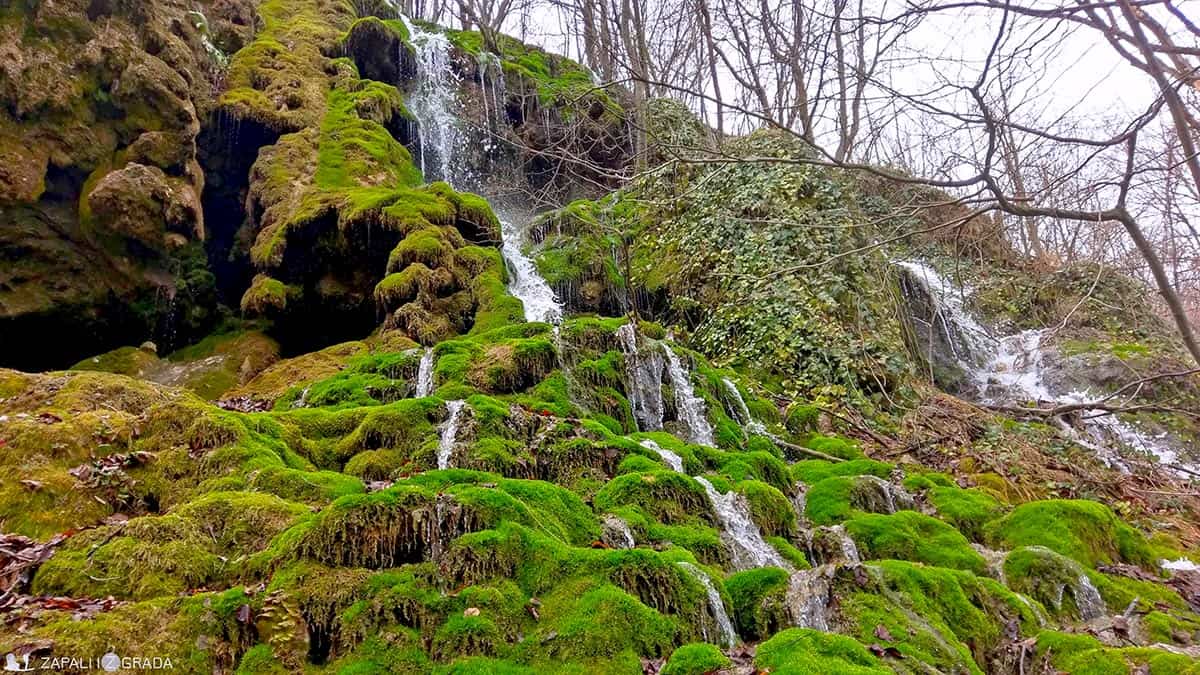 As if it is trying to “stay under the radar” and preserve its breeziness only for persistent explorers. The coordinates are 44.370772, 21.617856, and here are a few tips how to find it. At the end of the village Plavčevo, turn right and follow the path. After crossing the bridge, you get almost to the end of the road, which bends to the left up the hill, where you will park the car and continue on foot. After a 10-minute walk you get to a clearing suitable for camping, with a flowing river. Follow the river’s course alongside some ancient houses, probably only occasionally used by shepherds, and you’ll spot our “shy” pretty boy. 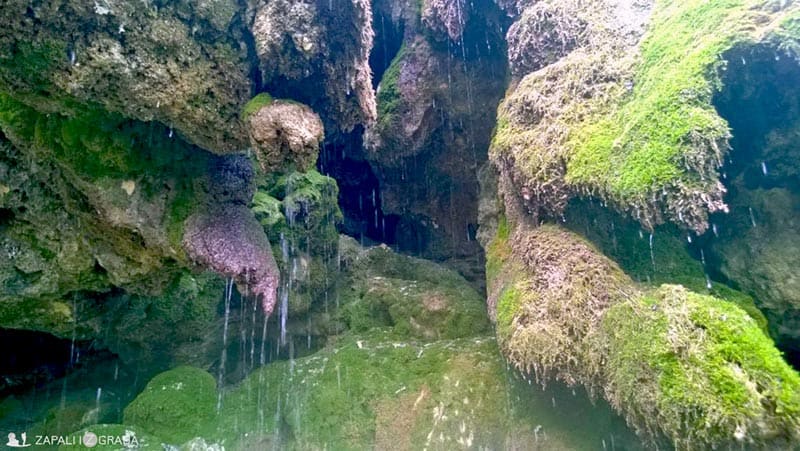 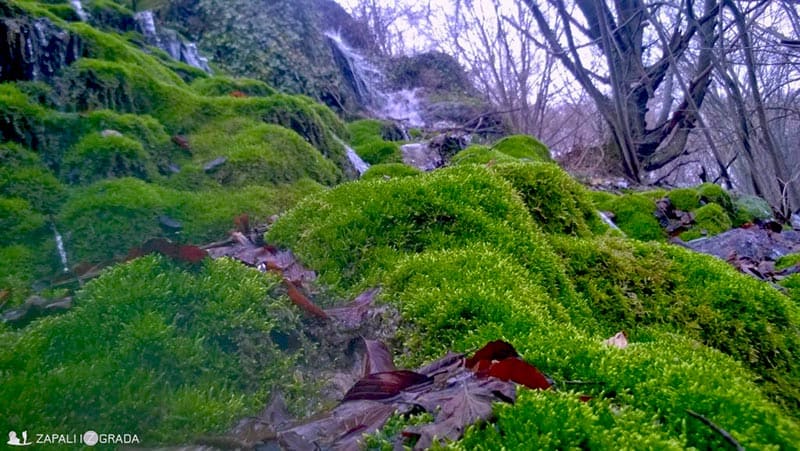 Siga waterfall is located immediately below the spot where the river with the same name springs, at the foot of the largest Homolje peak – Big Štubej. Siga springs under a high karst roach, and then falls down a 20-30 m high cascading waterfall. 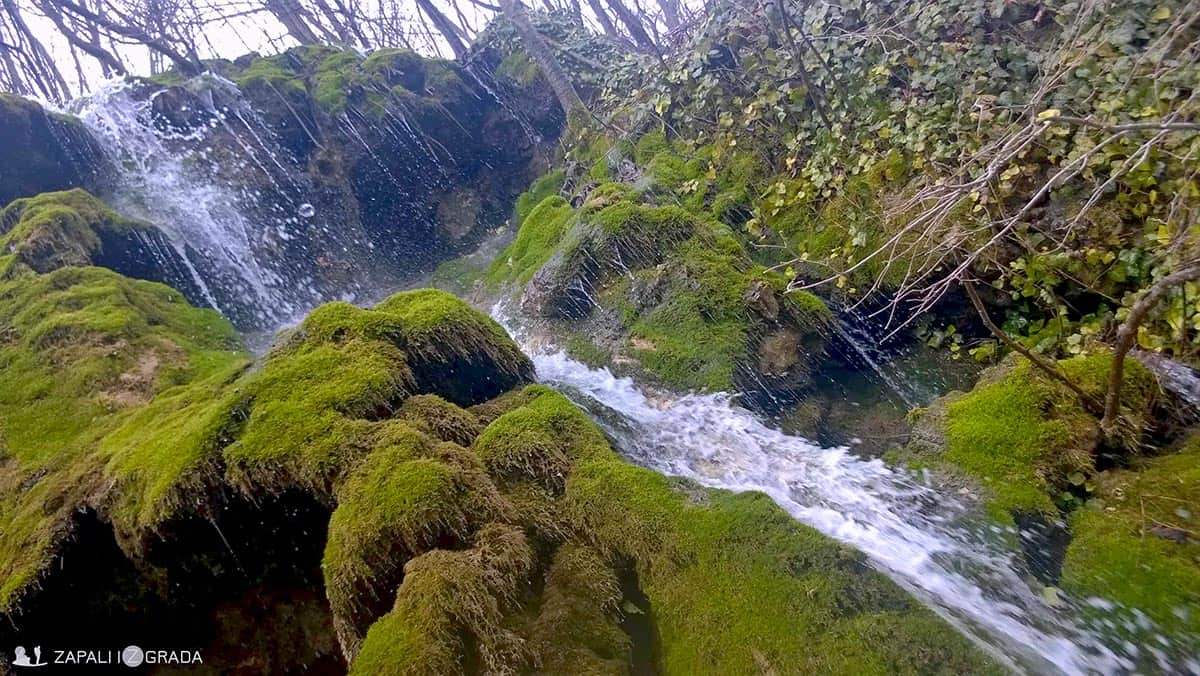 The waterfall then expands into several small waterflows over a travertine terrace, to continue its course some 30 meters along cascades that again form the normal flow of the river Siga. The waterfall is most attractive in the spring, and in the past few years it used to dry up in the summer. 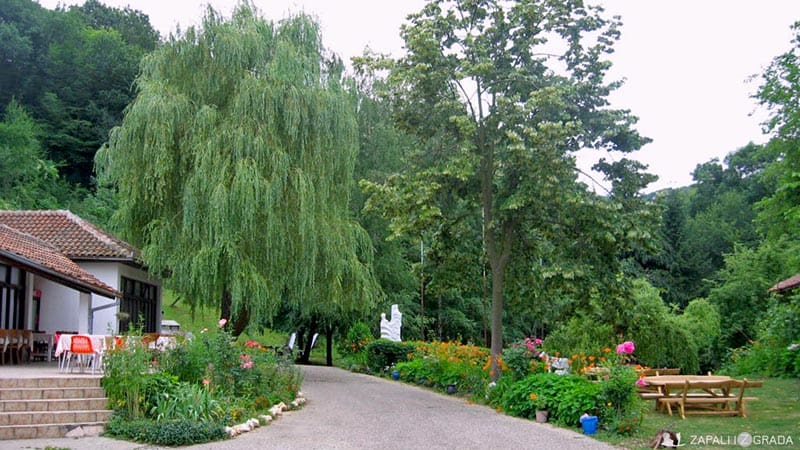 After 5 minutes driving, you will reach the plateau at Ceremošnja, where you will meet the extremely charismatic and friendly host Ljubiša Trailović. He is the owner of a restaurant, the land and a beautiful cave. He invested not only money, but the love and desire to build a whole infrastructure and bring this cave beauty closer to fans of this fascinating underground world. In the restaurant garden, you can restore your strength and enjoy the traditional cuisine of Homolje and Zvižd. With the inevitable homemade brandy, you will give in to peace and tranquillity, which this hidden corner of nature has in store, and you will feel the breath of the old, forgotten times when everything was done slowly. 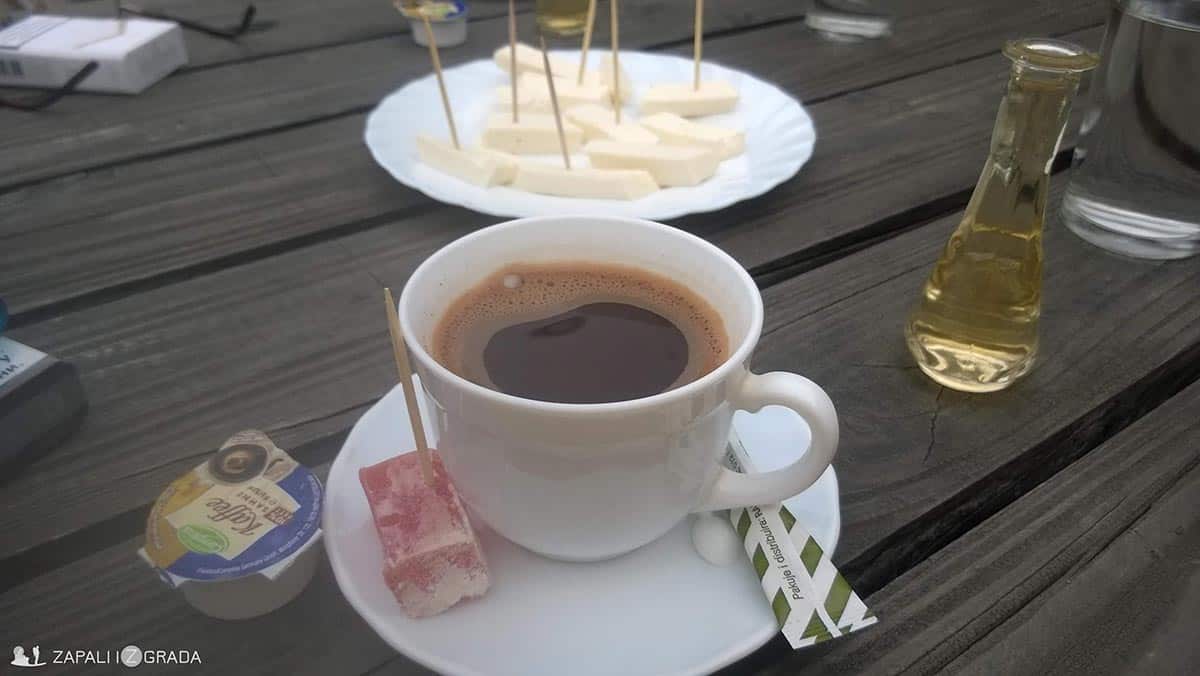 A special recommendation is Homolje polenta and excellent cheese that you can buy and take home. For arrangements and information, it is best to call a bit earlier, and Ljubiša will do his best to meet all requirements; his phone is +38163238090. 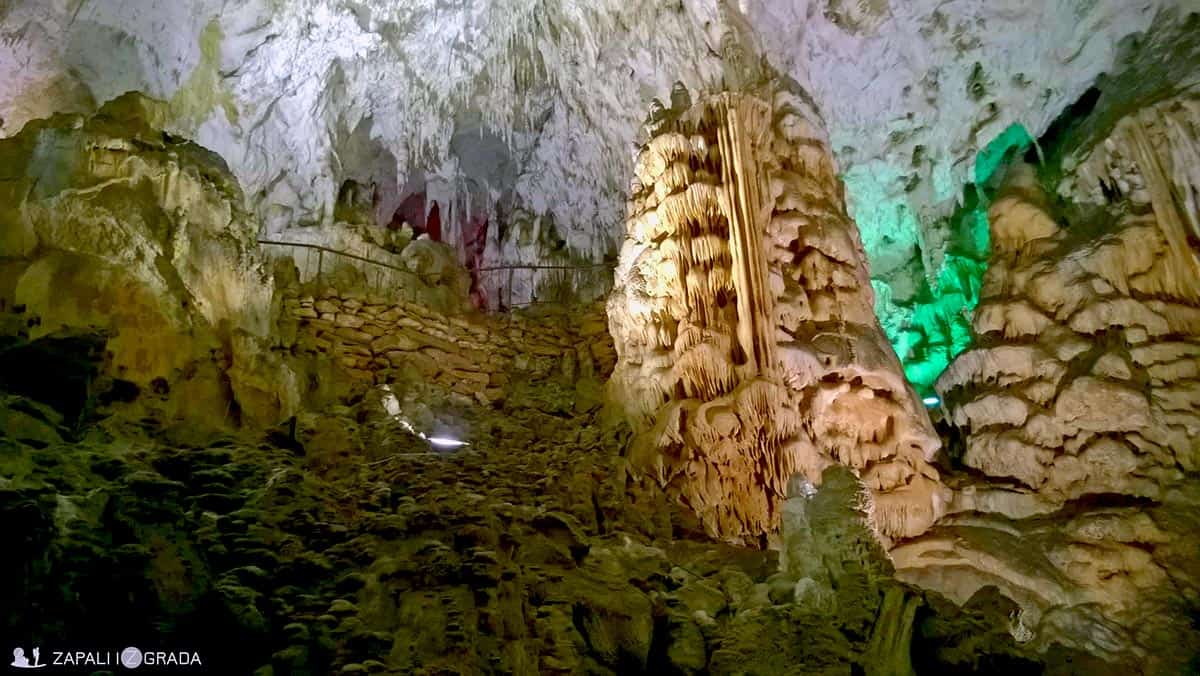 Ceremošnja cave is located at an altitude of 533 m, at the foot of Big Štubej peak (940 m). Near the cave is the village Ceremošnja, after whom it was named. 775 meters of cave channels are explored, of which 431 meters are accessible for tourists. Everything was ready for tourist visits in 1980, while the cave was declared a monument of nature in 2007. 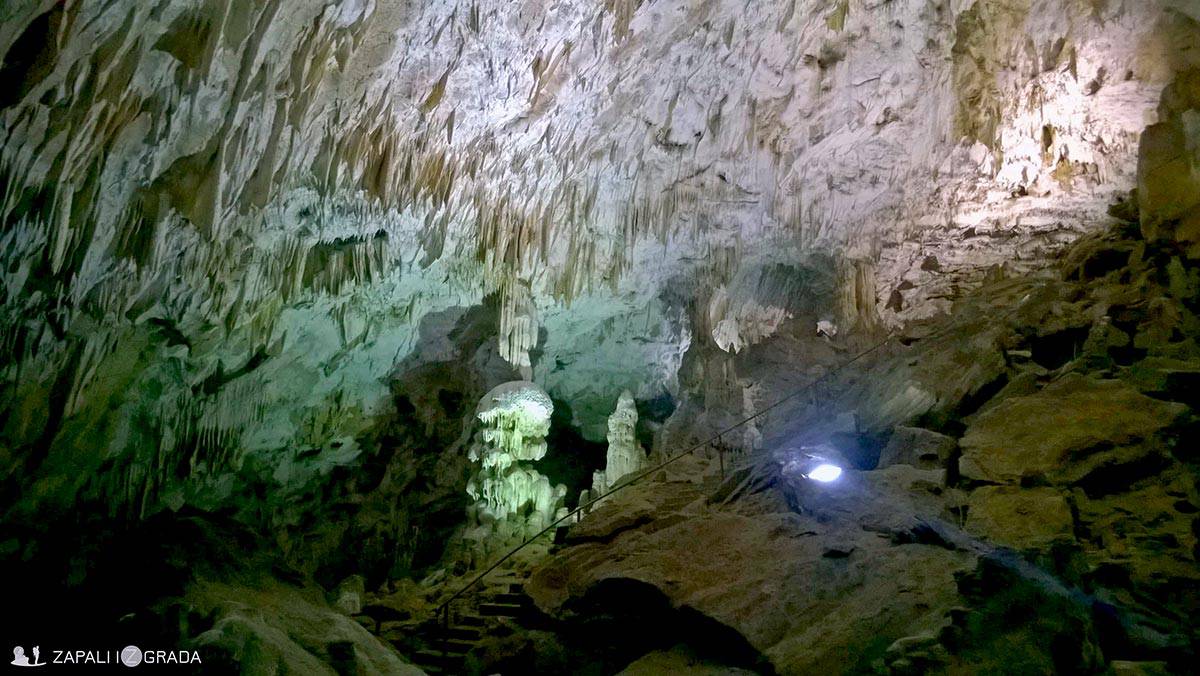 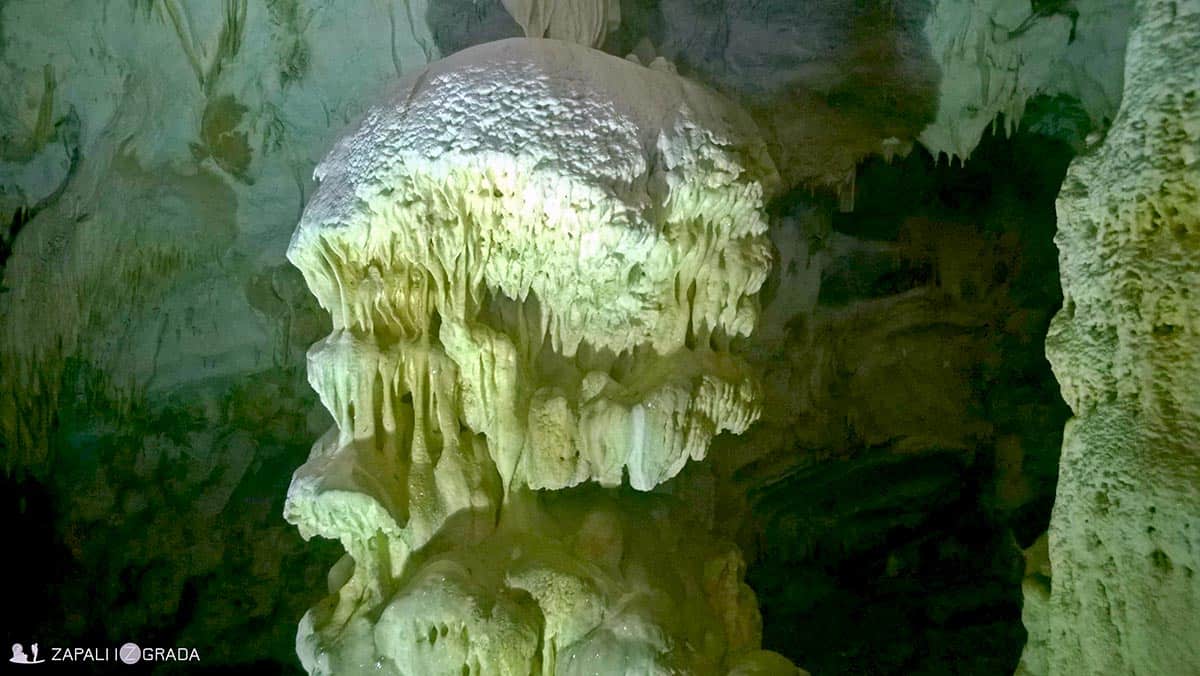 The tourist trail in Ceremošnja is one-way, circular, which provides the most favourable conditions for tourist to use the cave. Remains of the cave bear were discovered here, an animal which existed more than 100,000 years ago. Based on the wealth of cave jewellery, cave Ceremošnja is one of the most impressive caves in Serbia and my heart got immediately attached to it. It is known for its high halls with diverse cave formations – stalactites, stalagmites, cave pillars, draperies, petrified waterfalls, galleries… 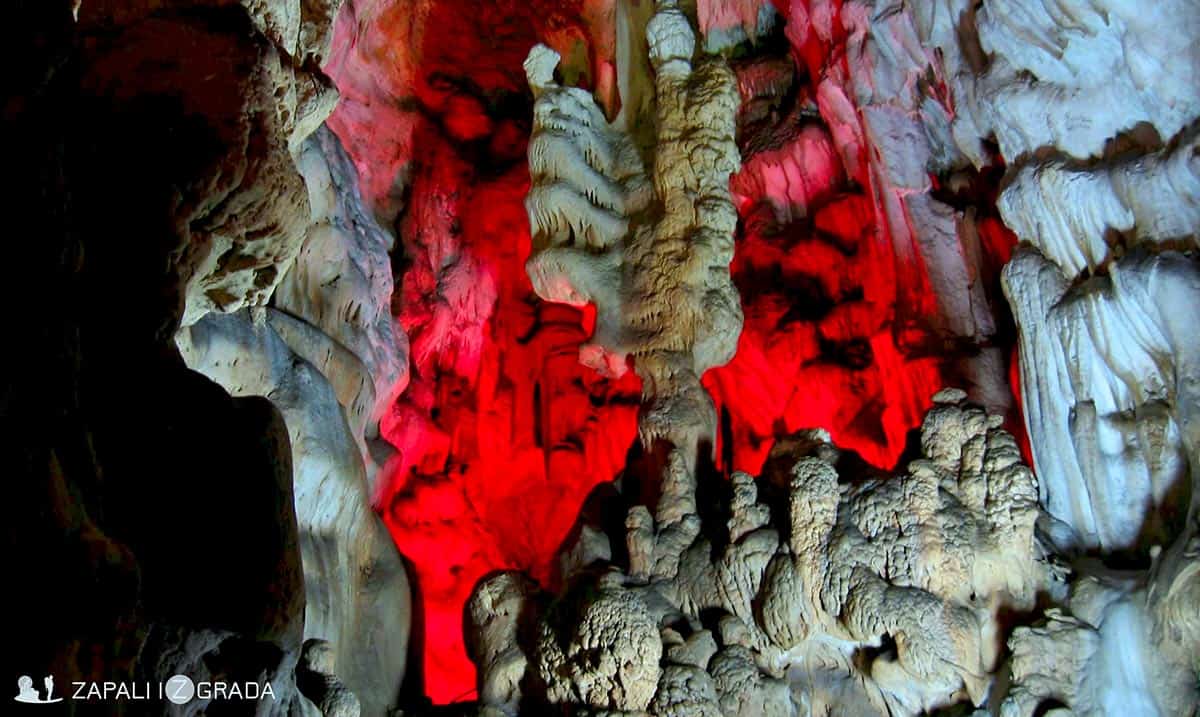 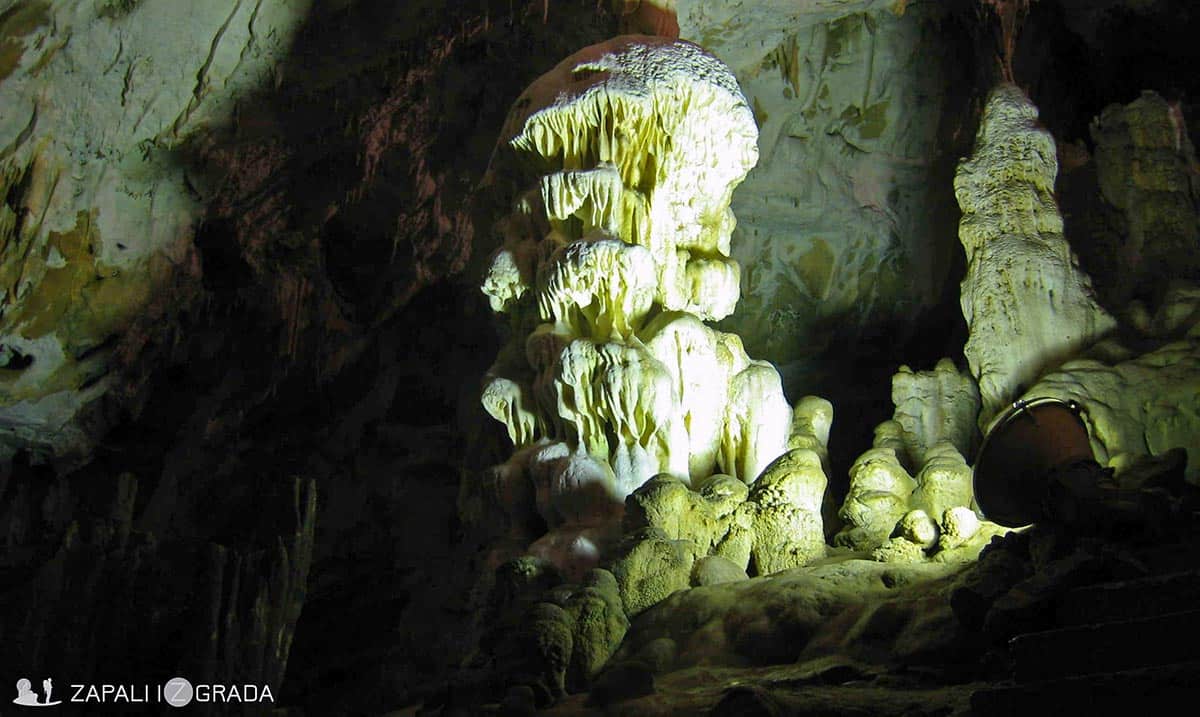 Some of the cave ornaments which attract attention and stand out are the “Beautiful Vlajna,” “The eternal guard”, “The hawk master” “The crucifixion”, “The groom”, “The broken sphere” each bearing an uncanny resemblance to the name it carries. A special surprise at the end of the tour is a boy dressed in traditional Vlach costumes, who comes out of nowhere and literally brings bagpipes to life, the sound of the instrument being combined with the acoustics of the cave halls. Trust me, this scene will completely captivate you. For this spectacular experience, you need to contact Ljubiša earlier, since, lo and behold, the boy does not live in the cave and his performance is only by appointment. We were lucky, because we mingled with some Belgian tourists who already had this scheduled. 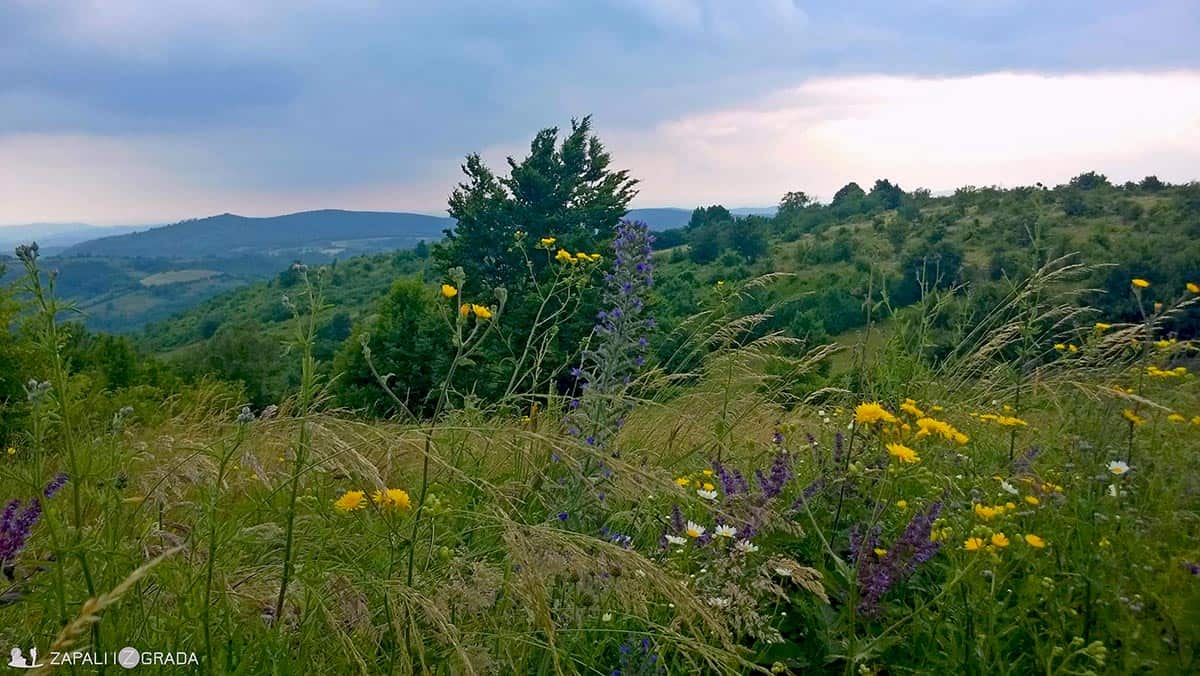 After enjoying the underground, you should still conquer one of the highest peaks of Homolje mountains and round the day off in the best possible way. The trail starts from the cave, and with a continuous ascent, you should overcome about 400 meters above sea level. Do not be discouraged, as this belongs to easier, beginner tours and is only about four kilometres long. 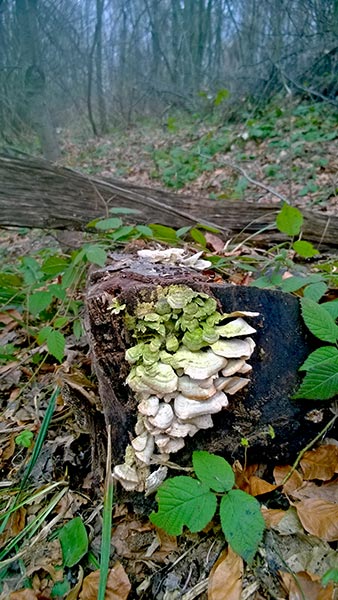 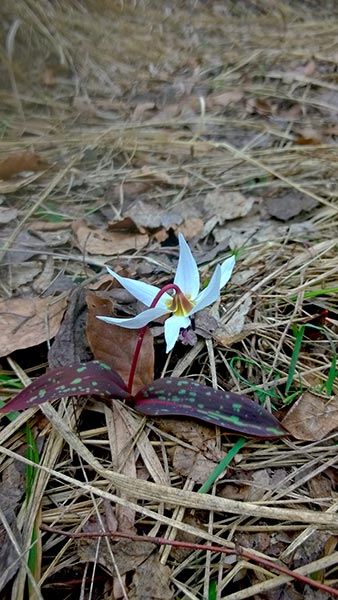 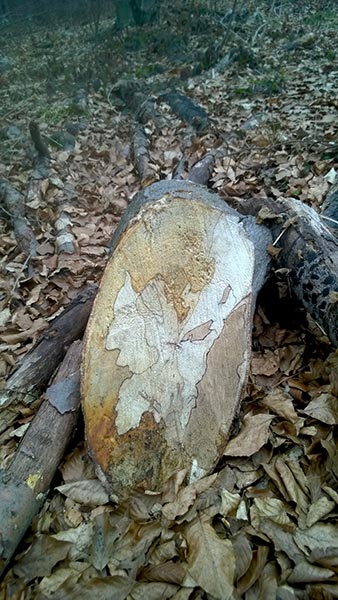 It is mostly a beaten path that leads through woods and meadows and is not a problem even for less experienced hikers. You will not even get the chance to get used to the beautiful surroundings and views of the mountain peaks of Eastern Serbia which “get under your skin “and you will already have taken half of the trail. 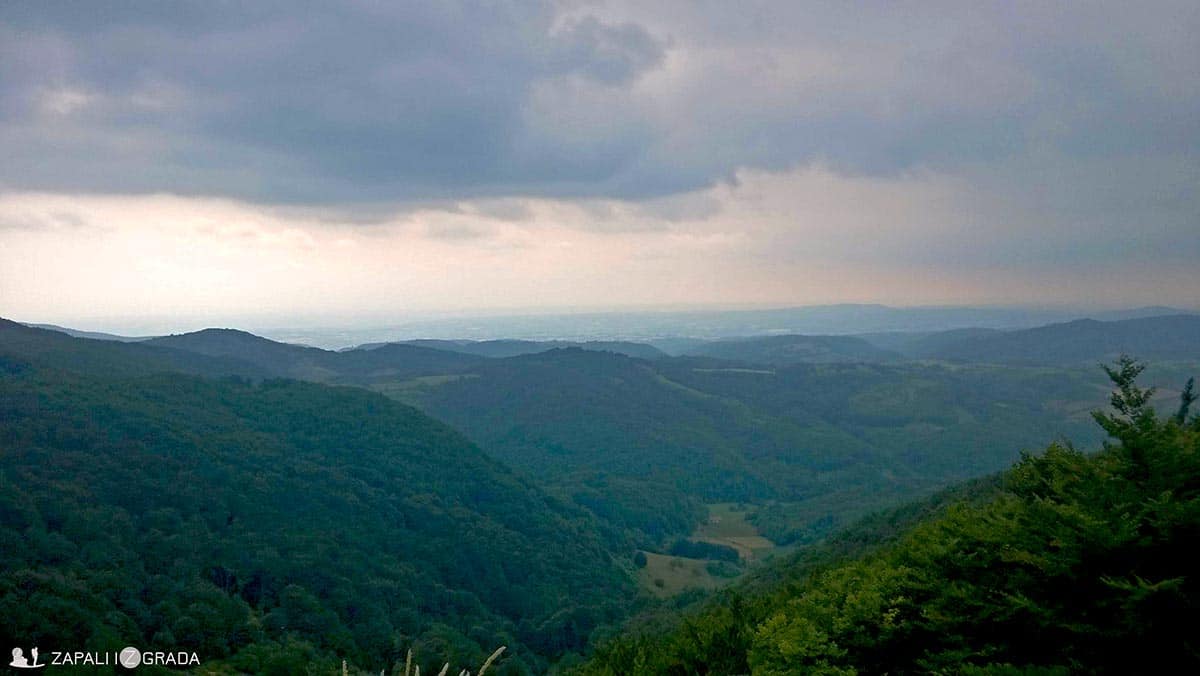 The chances to stray away are almost non-existent, even if in the end you don’t strictly stick to the path – you can use the relay, i.e. communication antenna at the top of Štubej as a guide. The peak is completely surrounded by trees, so it does not offer a view which is to be expected of the second highest peak of Homolje. 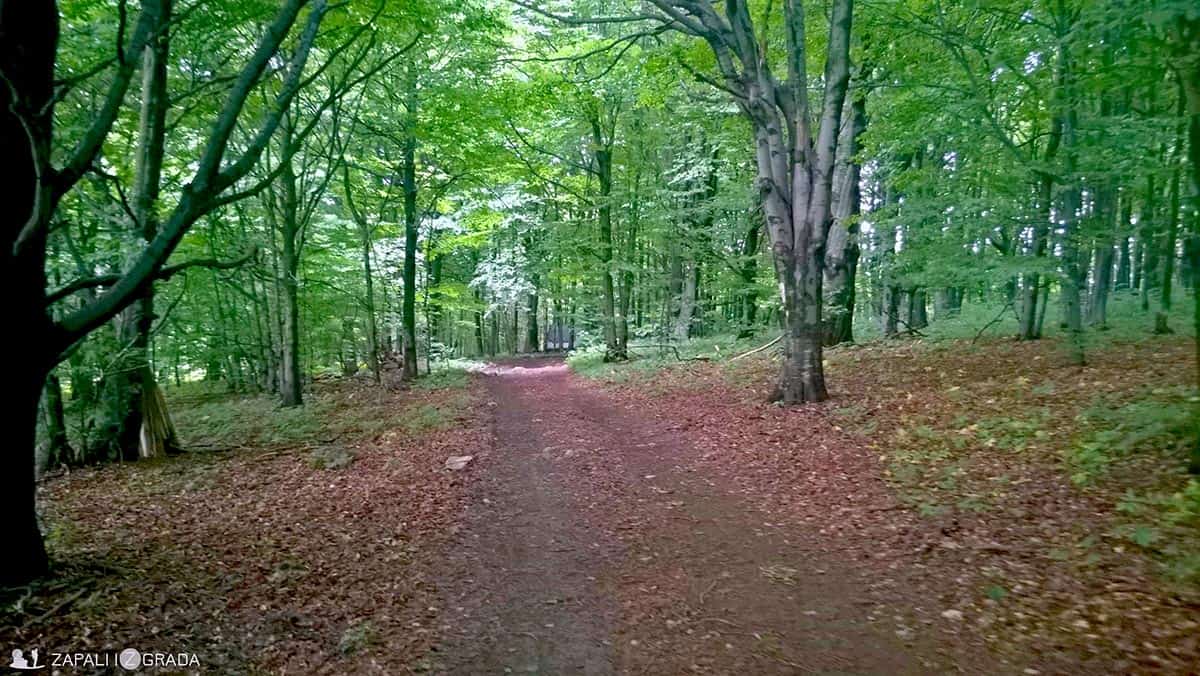 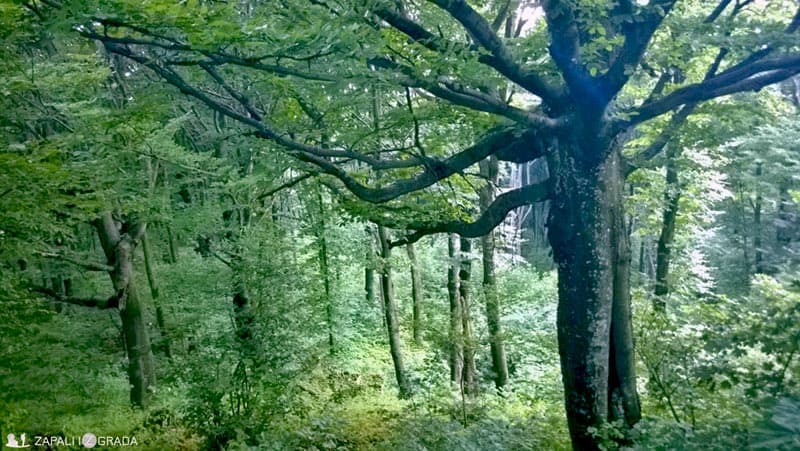 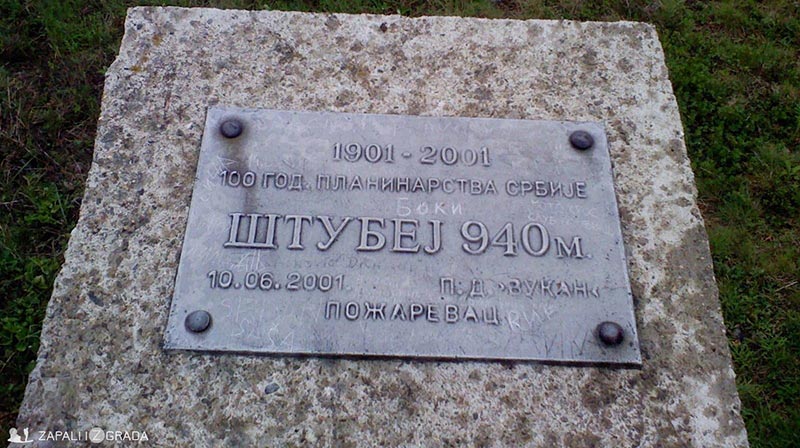 The satisfaction lies in the conquest and numerous vantage points along the way. Including all the breaks, it will take about two, two and a half hours, for this ascent. Go back the same way to your car. 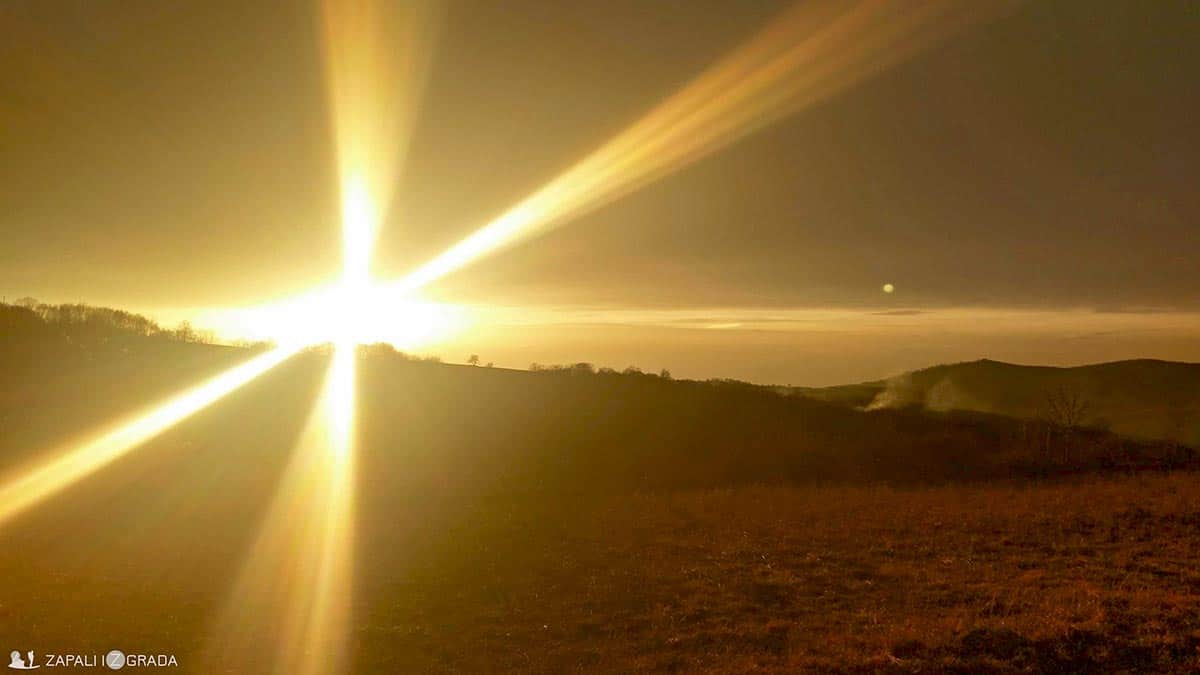 The whole tour is very meaningful and interesting and I can recommend it to all ages and levels of nature lovers. And if you’re not in the mood to organize it yourself, many hiking clubs are having it in their regular program.